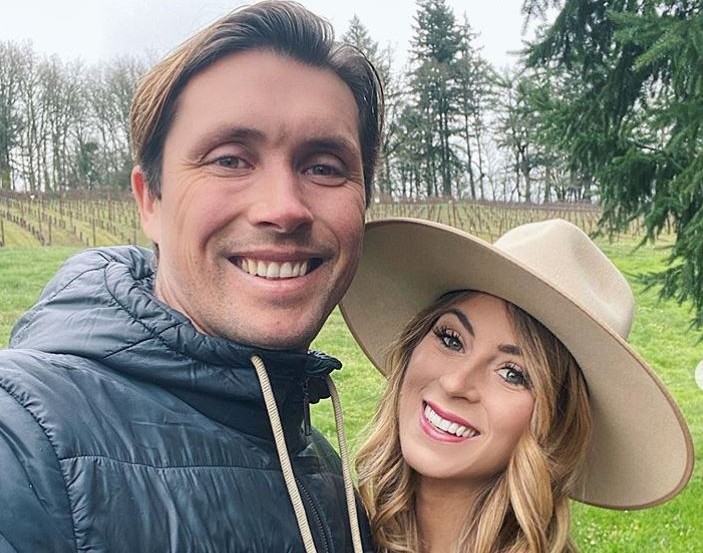 Fans have been waiting for this news for some time now. Fan favorite Bachelor and Bachelor in Paradise alum, Tenley Molzahn, has announced she is pregnant. The news has come during the nationwide Covid-19 crisis. Tenley took to social media to share that she is expecting a baby with husband Taylor Leopold. Fans and fellow alums couldn’t be happier.

Tenley and Taylor expecting this year

Tenley took to Instagram to share the exciting news about their bundle of joy. The picture she shared shows herself and Taylor holding an ultrasound photo. She said, “We can’t hold this magical little secret in anymore!! Baby Leopold will be joining us in September! 💛 We’ve already been having a ton of fun with our little sidekick joining us on memorable worldwide adventures, and now keeping us hopeful in “Quarantine life”.”

Tenley went on to say, “We pray that this special bit of news brings a little bit of joy & hope during a time of chaos and uncertainty our world is facing right now.” She continued to encourage and pray for those hoping and longing to be pregnant. She ended the post with a bible verse.

Tenley wasn’t the only one to share the news. Her husband, Taylor, also took to Instagram to share the news. He said, “Super excited to bring a quarentennial into this world!! Baby leopold coming in hot!!! Beyond excited to enter this stage of life with the most wonderful person @tenleymolzahn I too have been growing, I’m up 6 lbs 10 oz.”

Tons of alumni including Arie Luyendyk Jr., Madison Prewett, Desiree Hartsock, Trista Sutter and many others congratulated the couple.

Tenley’s time on The Bachelor

Tenley was the runner-up on Jake Pavelka‘s season of The Bachelor in 2010. She went on to appear on  the 2015 season of Bachelor in Paradise. Tenley met Taylor and the two married in April 2018 during an intimate backyard ceremony in San Marcos, California.

People discussed their wedding and shared the following that Taylor had to say about his beautiful bride. He said,“It’s an unexplainable feeling that I’ve never had before. The power of the moment and the day were all coming down to that very moment. That moment pivots and changes your life and history of life after. And you feel the power of that moment and it just takes over.”

Tenley added to Taylor’s sentiments saying, “It was the best night of our lives. Beyond anything we could have ever dreamed of.”