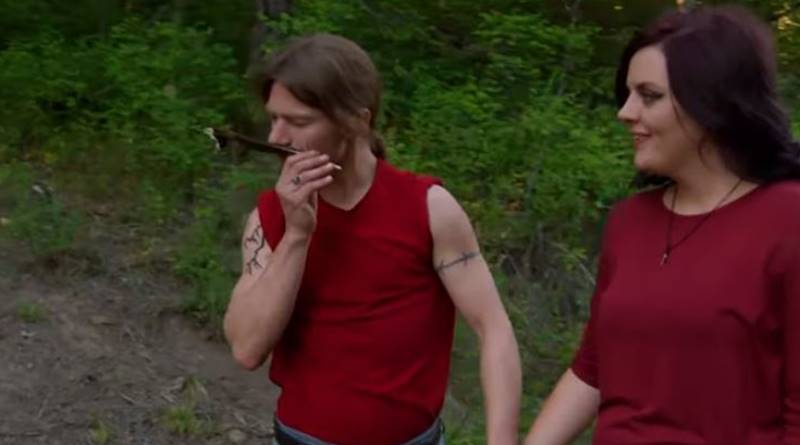 Alaskan Bush People fans know that Raiven Adams gave birth to her son River recently, but Bear Brown wasn’t around for the birth. Later, he told people nobody told him about the birth of his child until two days afterward. He denied he rejected paternity. Now, he said he’s staying away from River due to the coronavirus. His fans praised him for making a good parental decision.

ABP star, Bear brown talks about his son River and the coronavirus

The Alaskan Bush people star went onto his Instagram on Monday night. He told his followers, “I just wanted to let y’all guys know that I would be with River if I could but with everything going on with this virus it would only put him in danger!” Many people felt that Bear made the right decision. One said to him, “feel so bad for you .. it’s sad you can’t be with him, but like you said it’s for his safely. My Mom was in the Hospital for 5 days & wasn’t allowed any visitors. I know how hard it is to not be with your loved one.”

Another approving commenter noted, “Good on you bear. Very wise thinking. But you have nothing to prove to us. Stay safe and happy Bear. 💛💛💛 thank you for sharing.” Then, another person pointed out, “The safety and well being of a child is the first priority always even without the virus situation. I hope everyone is doing well and wish the infected a fast successful recovery.” One ABP fan mentioned, “That’s what any good dad would do. Put his child’s safety first!! You’re a great dad! 😊”

TV Shows Ace reported word came via Raiven’s mom that it seemed her daughter should prepare for life as a single mom. But Bear denied it. He pointed out he didn’t apply for a DNA test to try and he prove he’s not River’s dad. Rather, he noted that he did it to make sure he is River’s dad. There’s a difference. Word got our he went camping while his son got born. But the baby came early, and Bear claimed nobody told him for two days.

Since the ABP star cleared the air over him and his relationship with his son, he seems in love with the idea of River. It’s not clear if Bear yet met his son. The Sun reported that Raiven vowed to keep him away from River But hopefully, he soon will be able to see River. In the meantime, everyone agrees it’s best to just stay away from the infant. After all, lost time can always be caught up later. Nobody wants a tragedy for the little guy. It also seems quite sad that Bear and Raiven seem to have lost their spark for each other.

What do you think about Bear saying he stays away from River because of the coronavirus? Do you think he made a good parenting decision? Sound off your thoughts in the comments below.

Remember to check back withy TV Shows Ace often for more news about Bear Brown and the cast of Discovery’s Alaskan Bush People.