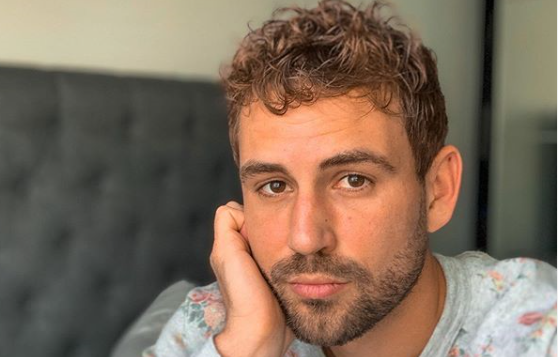 Nick Viall is immersed in the world of Bachelor nation. Recently he got a little flirty with Peter Weber’s third runner-up, Kelley Flanagan. Love her or hate her, she knew what she wanted. Not only did Kelley hit it off with Peter, but the two had also met before the show just by chance. They felt it was something like fate that brought them together. Fans liked the two of them together and thought that would make a really cute story. Weber said he hoped she would show up after seeing her get out of the limo.

Kelly wasn’t there for the drama that seemed to surround Peter’s season. She did not try to compete with the other girls she felt were young and immature. Peter sent her home anyway saying she was holding back. Kelley had a cool send off and fans waited to see who he picked from his final two.

Now, Kelley Flanagan is on the radar for another reason. She was seen getting flirty with Nick Viall prompting the question, is she going for another Bachelor? The two looked cute together in a snap and every one started talking. On his podcast, Viall was happy to set the record straight. He said despite what people might think, the two are not dating.

She’s not with Peter

What Did Nick Viall Say About Kelley?

Nick Viall said he and Kelley are simply friends as they spent time together at an event in LA. According to Yahoo Entertainment, he really enjoyed meeting Kelley. This was the picture that had everyone thinking something was going on.

As you can see, the two are cute together. He also captioned the photo, “she’s not with Peter.” Nick said, “she’s a nice person, she didn’t disappoint in person. Everyone likes to think there’s always something going on, and there’s not.”

Bachelor Nation Chimed In On It

Nick Viall had plenty of comments on the picture. He said he knew what people would say when he posted it. Chris Harrison said, “loved seeing you guys get so cozy last night. Here for it.” He supported it if they were getting together.

Dean Unglert from Bachelor in Paradise commented, “OMG DATE.” People always love it when two people in Bachelor nation get together, but for now, that’s not going to happen. Fans speculate anytime two people in the Bachelor world hang out. Fans had hope because they just want the two of them to find love.