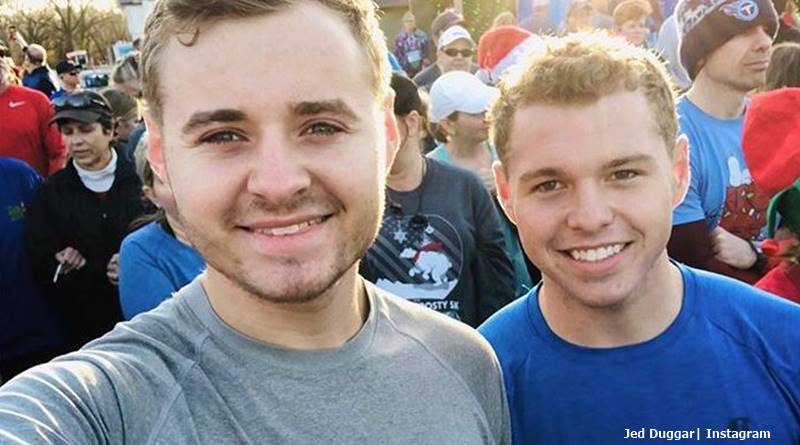 Duggar fans heard in November last year, that Jed Duggar entered a career in politics. He’s running for State Representative in Arkansas. Actually, he follows very much in the footsteps of his dad, Jim Bob. Initially, his Instagram showed some activity as he went about his campaign. His brother Jeremiah is even his campaign manager. However, recently, it went quiet. So, some fans thought he dropped out of the race. But now, it turns out he’s actually still in the political race.

TV Shows Ace reported in November that Jedidiah Duggar’s Instagram got set up so he could reach his prospective constituents during his run for office. Although just 20-years-old at the time, he wanted to start his political career. He announced his run as an Arkansas State Representative on his Instagram. At the time, he described himself as being “pro-life” and “pro-gun.” After that, he posted about meeting up with veterans and the elderly. Plus, he shared abut voting and pro-life marches. The pro-life post was back in January and since then, nothing political has been shared.

Fans actually thought maybe Jed Duggar dropped out the race. However, the Sun UK reported that’s not the case. They reported, that a “representative of Jed’s campaign told a fan in a statement, which was exclusively obtained by The Sun: ‘Primary season just ended and now we are headed into general election season.'” Then they added, “Make sure and pass the word to all to get out and vote on November 3rd!”

Well, now the end of the primary in Arkansas came along, but it seems Jed’s not using his Instagram all that often for his campaigning. His last post came on March 3. So, that makes it nearly three weeks. Certainly, it seems like a bit of a limited way to communicate. However, with the coronavirus shutdowns and social distancing,  he might get more active on social media. After all, many people turn to social media now to communicate their messages.

Plus, even if he didn’t do too well, it’s an idea to stay in touch with potential future voters. Actually, many fans of Jed Duggar expected a courting announcement during his campaign. After all, he claims to represent families, but there’s no woman in his life that we know of. Arkansas likes a family-oriented person in office. Well, November should tell how it all goes in the long run.

Are you pleased to hear that it sounds like Jed Duggar never gave up on the idea of life in public office? Sound off your thoughts in the comments below.

Remember to check back with TV Shows Ace often for more news about Jed Duggar and the cast of TLC’s Counting On.