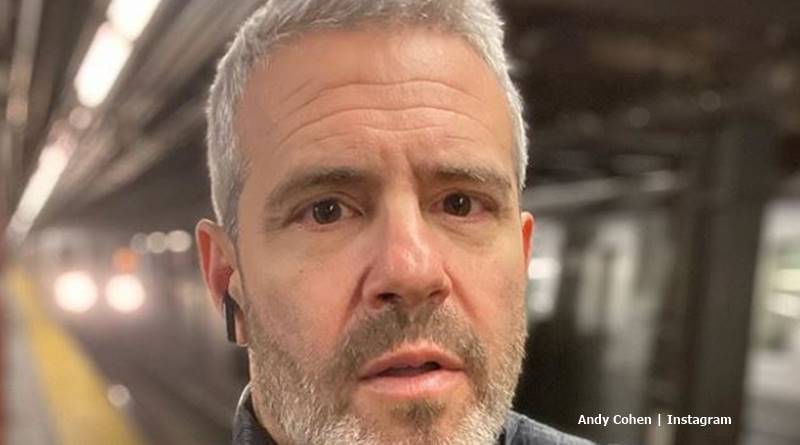 Real Housewives fans love Andy Cohen’s WWHL. But, he announced they suspended the production of new episodes because of the Coronavirus. Fans of the Bravo franchise begged him to do something, like put up old episodes to help them get through quarantine. He never said he’d do that, but he plans on still being around.

On Friday, Andy shared the news about them not filming because of the threat of Coronavirus. He said that they’d let fans know more about future episodes when they know. So fans freaked out a bit. One person said to Andy, “what are we supposed to watch in quarantine ANDY?!?!” Then, another fan noted, “How am I supposed to social distance if I can’t veg out on @Andy. Life as we know it is OVAH!!!!!”

Actually quite a lot of Real Housewives fans asked for old reruns or even the early release of new episodes of the seasons on Bravo. One fan suggested, “Perfect time slot to air new RHONY episodes for those of us who will inevitably end up in quarantine.” Another one begged, “@Andy it would be sooooo sick if all housewives seasons and episodes were on the Bravo app to get us through this social distancing sitch.” Well, Andy promised he plans on being around for his fans in the meantime.

Andy Cohen plans on being around on Instagram and more

Andy Cohen’s very active on social media, in particular on his Instagram account. Mind you, many of his fans slam him when he posts. TV Shows Ace reported in mid-February that loads of Below Deck fans complained about the Reunion. But, mostly, people just love Andy, So, the good news is that he promised them Instagram Live posts. On Twitter, Andy noted, “Let’s chat on Instagram Live around 8.” That came on Sunday night.

The Real Housewives host also told fans, “Postponed! Omg we all need something to look forward to. And you will get it!” In another post, he replied to a fan who wrote, “We need you to get us through this! Please do lots of live Instagramming!” Andy said, “You got it.” Over the weekend, Andy also shared a few pics of his son. One of them involved a polar bear or a panda bear. He got them mixed up. One fan said, “This made me smile on this Friday morning. Your son is showing us the love we need in this world.”

Morning kisses for his panda bear! (Thought it was Polar. Of course it’s PANDA!) 💋

During this worrying time, Meaww noted it’s not just Watch What Happens Live that got suspended. “Other shows include ‘The Ellen DeGeneres Show’, ‘The Late Late Show with James Corden’ and ‘The Talk’. ‘Jimmy Kimmel Live’ and ‘The Daily Show With Trevor Noah.'”

What do you think about Real Housewives fans calling for old or new episodes instead of WWHL? Do you think that’s likely to happen? Hopefully, fans still see more of Andy via his social media as he promised.

Remember to check back with TV Shows Ace often for more news about the Real Housewives franchise.