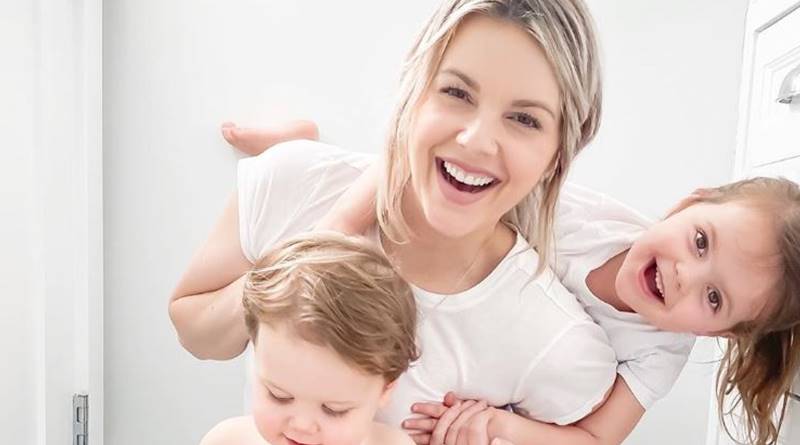 The Bachelor featured Ali Fedotowsky-Manno who later went on to become The Bachelorette. Becoming engaged to Roberto Martinez, they later split. Now, she has two children, Riley and Molly with her husband Kevin Manno. Still many years from eligibility on the franchise, Ali feels she’d support their decision if they want to go on it.

TV Shows Ace reported that Ali spoke out about Peter Weber’s season on the show. Recall that Peter’s mom Barbs said a lot of not very nice things about Madison Prewett. Many fans got upset as she roundly dissed on a young woman in her 20’s on television. And, all because she wanted her son to choose Hannah Ann Sluss. Ali grew angry with the way Barbs did that on the show, believing there’s a time and a place to say things like that, but not on television.

In fact, Ali said Barbs’ behavior was “appalling,” according to People. Well, before Ali said that, she posted to her Instagram about The Bachelor. Her message to Peter said in part, “my advice to Peter tonight, don’t sweat it my friend. Everything will work out just the way it is supposed to be.” Well, the way it worked out was that Peter dumped Hannah Ann, started dating Madison who previously dumped him, and now they split. All very full of drama, Ali thinks that nevertheless, she’d support her kids if they want to go on the show.

Can you imagine how different my life would be if I had ended up with the person I chose on the Bachelorette?! It’s surreal to think about. I wouldn’t have these two munchkins in my life (or my amazing husband) who are my entire world! So my advice to Peter tonight, don’t sweat it my friend. Everything will work out just the way it is supposed to be. Because there’s no doubt in my mind that I was supposed to be Molly and Riley‘s mom (and Kevin’s wife!) . And speaking of not sweating (see what I did there? Ha!!!) @EachandEveryCompany gave me the code LOVE for 40% off their UH-MAZING natural deodorant that is only good for the next 24 hours in honor of tonight‘s Bachelor finale! (Code drops to 30% after that). Maybe I should’ve sent Peter some? Ha! Because we all know he’s going to need it tonight. But in all seriousness, I’ve used nothing but @eachandeverycompany deodorant for the last six months and it’s the best of the best. It’s natural, paraben-free, no synthetic dyes or fragrances, and it doesn’t irritate my skin. All of these things are more important to me than ever since having kids and after my skin cancer removal. And quite frankly, it works! I know so many of you have gotten it since the last time I posted about it and tell me how much you love it. So I am so psyched that we have this amazing deal right now! Stock up before the code drops to 30%! Swipe up link is in my stories! And what do you guys think is going to happen with Peter tonight? I’m so excited to see (and nervous – but not sweating it. Ha!)! #eachandeverypartner #dontsweatit #thebachelorfinale #thebachelor #motherhood #ParabenFree #EmbraceSweat #NaturalDeodorant

US Weekly reported that Jade Roper and Tanner Tolbert watched this season of the show. They reversed their previous feelings about their kids ever going on after seeing the hot mess unravel with Peter. Previously, they didn’t mind the idea. The news came via Jade’s Instagram. But, it looks like Ali’s not all that worried about the drama. She told the outlet. “My kids can make their own decisions,”‘ adding “They’d be adults by that point. It’s their own choice.” She added, “I would absolutely be supportive.”

The Bachelor alum also noted that she’d do everything to help them not get “pinned as the villain.” But overall, the experience for her really widened her horizons. She pointed out, that she really loved it, calling it “the coolest time.”‘ Ali took the opportunity to travel and participate as a “growth” period in her life.

What do you think about Ali supporting her kids if they want to join the franchise when they grow up? Do you agree it’s a great opportunity? Sound off your thoughts in the comments below.