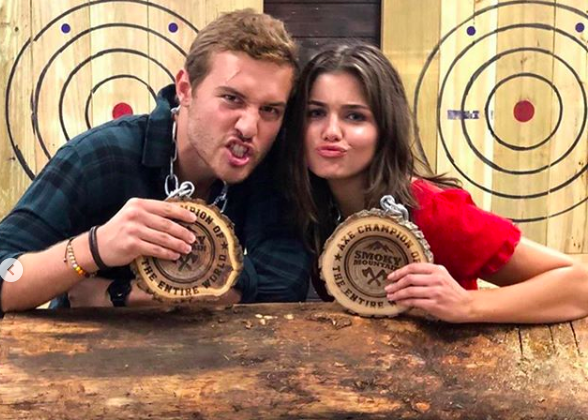 Hannah Ann Sluss from this season of The Bachelor went through a lot surrounding her breakup from fiancé Peter Weber. But this has never broken her bond with Peter’s mom.

People reports that Hannah Ann opened up about her relationship with Peter’s mother Barbara. This past Friday on the Bachelor Happy Hour podcast she opened up to former Bachelorettes Rachel Lindsay (Season 13) and Becca Kufrin (Season 14).

Hannah said, “After our break up she definitely reached out a couple times. I love Barb, I honestly, I could break down crying just thinking about her right now because I miss her so much.”

This may be controversial, but some fans really found Barb to be an entertaining addition to The Bachelor. And some couldn’t help but be on team Hannah Ann. They appreciated Barb’s bluntness to Peter after he strung Hannah along. She definitely deserves a man who appreciates her. Barb definitely gets that. Even Barb’s fans don’t support her disrespecting Madison Prewett! But of course, Barb is angry at her son for not appreciating what he had with Hannah Ann.

Now, Hannah Ann continued sharing her feelings saying, “But I knew that forgiveness is the only way forward and I needed to work on, leading up to this day, to forgive Peter and to move forward. And doing that is, you know, isolating myself from anyone close to him. And I can’t continue to talk to Barb every day if I’m trying to move forward from Peter, and that’s been also a heartbreak, not being able to be a part of Barb and her life.”

After the Final Rose

During the live After the Final Rose, Barb slammed Madison to her face. She came back to proclaim her love for Peter after she heard he called off his engagement to Hannah Ann, and momma Weber wasn’t having it.

Barb blatantly stated she believed a relationship with Madison was “not going to work.”

Hannah was sure to explain Barb’s actions during the podcast saying, “Barb, she’s a really special person and she’s just looking out for her son,” she said. “She just wants someone to love her son and to root for his own happiness and to be in a relationship with him for the right reasons.”

I would say only time will tell if Barb was right, but it looks like the time is already here! Peter and Madison have already split!