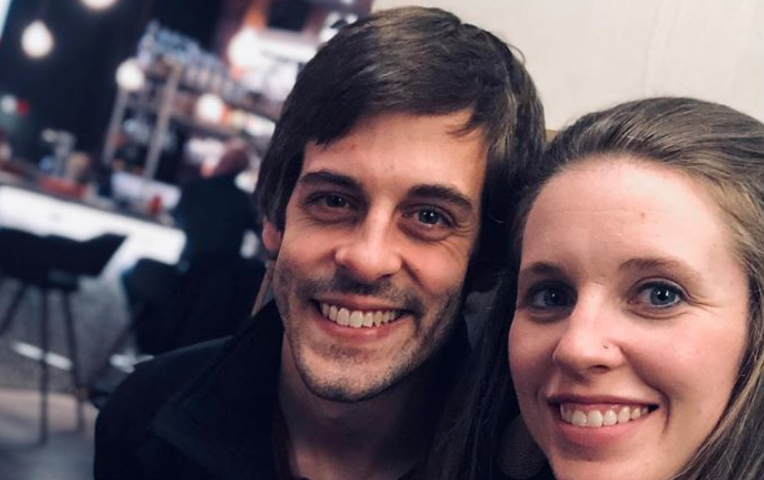 Around Valentine’s Day, TV Shows Ace reported that Jill and Derick Dillard celebrated at Waffle House. At that time, they faced some backlash for that. Duggar fans weren’t impressed and thought they could’ve done something a little bit fancier. After all, it was Valentine’s Day, not any other day. But, the two of them seemed happy on their date, even if they didn’t get dressed up or eat at a nicer restaurant.

Plus, Derick says they’re a “law school couple.” While he’s in law school, Jill isn’t. So, some fans got on him for that inaccurate description of their relationship. Fans aren’t doubting that his education is expensive. It’s just not true that they’re a law school couple because only Derick is in law school. Jill stays home with the kids.

Because the couple is currently paying for Derick’s schooling, they may have had to cut back on some of their expenses. Now, they haven’t come out and shared this publicly. But, it would make sense for them to leave some things out of their lives to save money. Dining at fancy restaurants could be one.

Derick celebrates his birthday with Jill Duggar at Waffle House

As TV Shows Ace reported, Derick recently celebrated his birthday. Jill dedicated a sweet social media post to her husband, ending it by saying, “We celebrated this weekend with family, then got a sitter last night and went on a date to @wafflehouseofficial 🥓🍳🧇“. Now, it’s worth noting that they didn’t intend on a Waffle House date this time around. They had planned to get Italian food, but the restaurant was closed. So, maybe they wanted to do something nicer, but they were left with no option but to go to Waffle House.

❗️Attn: mushy post❗️ . 🥳 Yesterday was this handsome fella’s birthday! 😍 I love you so much @derickdillard 😘💋❤️ Thanks for being my man and for always pointing me back to Jesus. You’re my hero and my best friend! 🥰 . . 🤗 🎂🍦We celebrated this weekend with family, then got a sitter last night and went on a date to @wafflehouseofficial 🥓🍳🧇 . . ⬆️See my stories for vids and pics + visit the blog (www.dillardfamily.com) to keep up! 👨‍👩‍👦‍👦

Some fans think this choice is odd, but others are in support. Some of Jill’s followers said that they do the same thing. Others pointed out that it’s a cheap, fun date. And, if they’re fine with it, their followers should be too. Someone shared that they love to go to Waffle House with their spouse. Others admitted that they love the restaurant too.

Despite the Duggar family sharing a birthday post about Derick, it seems that the family still isn’t on great terms. In Jill’s post, she revealed that they got a sitter so they could go on Derick’s birthday date. This simply implies that Jim Bob and Michelle don’t watch the boys for one reason or another.

What do you think of Jill and Derick’s recent dinner dates? Share your thoughts below.