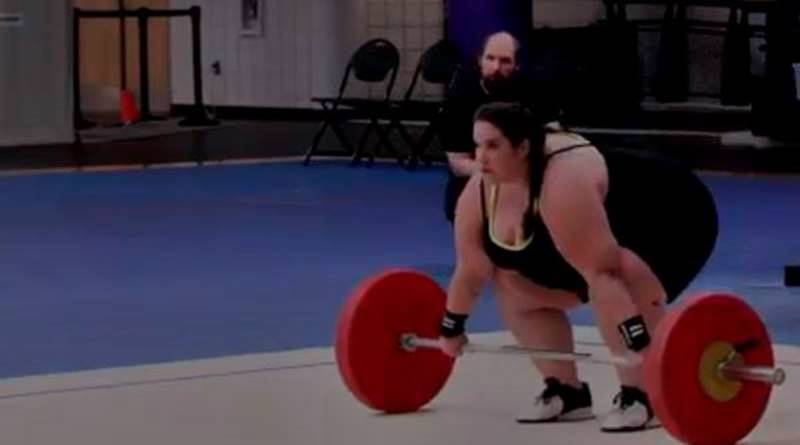 My Big Fat Fabulous Life showed Whitney Way Thore working towards competing in a weightlifting championship. Fans know she’s into fitness and training a lot. In fact, she recently started her No BS Dance with Todd. The weightlifting suggestion came from her trainer, Jessica. Well, Whitney seemed a bit uncertain as she never did it before. But, she gave her best shot anyway.

Whitney actually took to weightlifting with enthusiasm, but she needed some better technique instruction. So, she went off to work with another trainer. Fans know that Whitney’s competitive, and eager to work with fitness programs. TV Shows Ace reported that she started the Big Girls Dance class with Todd. Then she also did something similar with Ryan. Now, she started her No BS Dance classes online.

Throwing herself with the same enthusiasm into weightlifting, she hoped she’d do okay in the upcoming North Carolina State Championship. However, she struggled mentally with the daunting possibility that she might fail. The My Big Fat Fabulous Life star’s biggest issue seemed to be getting the posture right. Lots of people would attend the show and she felt those who invested their thoughts and time in her might be disappointed if she failed.

"I am competing in the North Carolina State Weightlifting Championship. …I'm terrified. This is intimidating!"

An all-new #MyBigFatFabLife starts in 10min! Make sure to set your DVR. pic.twitter.com/DGbXDepGlE

Whitney comes in at second place – fans inspired and applaud her

Once the competition actually started, Whitney put her fears aside and got down to it, Meaww reported. Actually, she got through the first round and even the second. But, in the third round, that posture came back to haunt her. She failed to get the correct technique. Anyway, that still put her in second place. Rather a remarkable achievement, she was simply overjoyed.

“Great opportunities don't come every day — recognize and seize them with every chance you get.”
Congrats, @whitneywaythore! 🎉🎉🎉#MyBigFatFabLife pic.twitter.com/FSloytLwDy

My Big Fat Fabulous Life fans loved her courage and energy. Many of them felt inspired as Whitney proved it’s possible to be fit and fabulous even with a bit hefty physique.  Here’s what some of those fans said to Whitney over on Twitter:

What do you think about Whitney going all out and coming in second in the weightlifting champs? Are you inspired by her? Sound off your thoughts in the comments below.