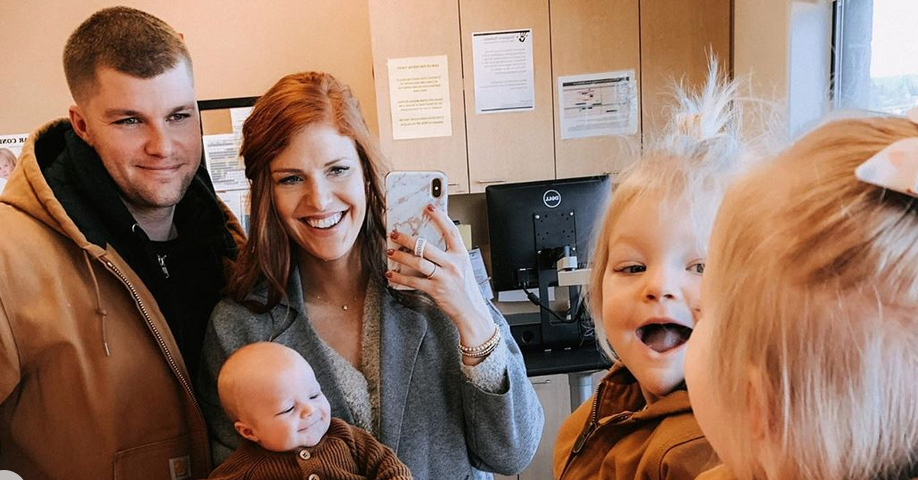 Fans of TLC’s Little People, Big World may know that Jeremy and Audrey Roloff welcomed their second baby to the world recently. So far, things seem to be going well for the family and their new addition, Bode James. The LPBW alums are documenting the everyday moments with their two growing children. Their first child, Ember Jean, is two years old.

Some LPBW fans are sad that Jeremy and Audrey aren’t on the show any longer. But, they’re happy to follow along on social media. On social media, Audrey is sure to share the exciting moments as well as the more mundane ones. And, fans of the family love to see whatever she has to post. This is especially true when it includes a picture or two of her sweet baby boy.

In a new social media post, Audrey revealed that Bode had just gone to the doctor. In the post, she refers to him as her “smiley baby”. So far, she’s talked nonstop about how easy the baby is. She has shared that he’s a great sleeper.

In her newest post, she shared a few pictures of her family at the doctor’s office for Bode’s two month checkup. The mom of two wrote, “So thankful for our healthy, strong, good-sleeping, smiley boy😍 He is already 2 feet tall! Buddy has a little bit of excema on his tum, but it’s still pretty mild so I’m not giving up cheese yet😜Hopefully it gets better with moisturizing/oils and upping his probiotic🙏🏻 Ember was very excited that Bode was the patient today instead of her, and she was eager to accept a sticker on his behalf😆“.

LPBW fans in the comments are happy to hear that Bode is healthy and growing well. Some of Audrey’s followers also offered advice to the mom since she mentioned that Bode has eczema.

As TV Shows Ace reported, Bode just turned two months old. For this reason, Audrey provided an update about the little guy. She laid him on a milestone blanket to show her followers how old he is. In the pictures, the little one has a smile on his face, which Audrey says she loves.

She shares these milestone updates each month so her followers know all about the growing baby’s life. Fans look forward to this so they can see what Bode is learning about and loving.

As mentioned, they’re no longer on the show. This is probably why they have so many followers on social media. Audrey has 1.2 million followers on Instagram.

Can you believe how fast Bode is growing? Do you love the family’s photos at the doctor’s office? Share your thoughts below.