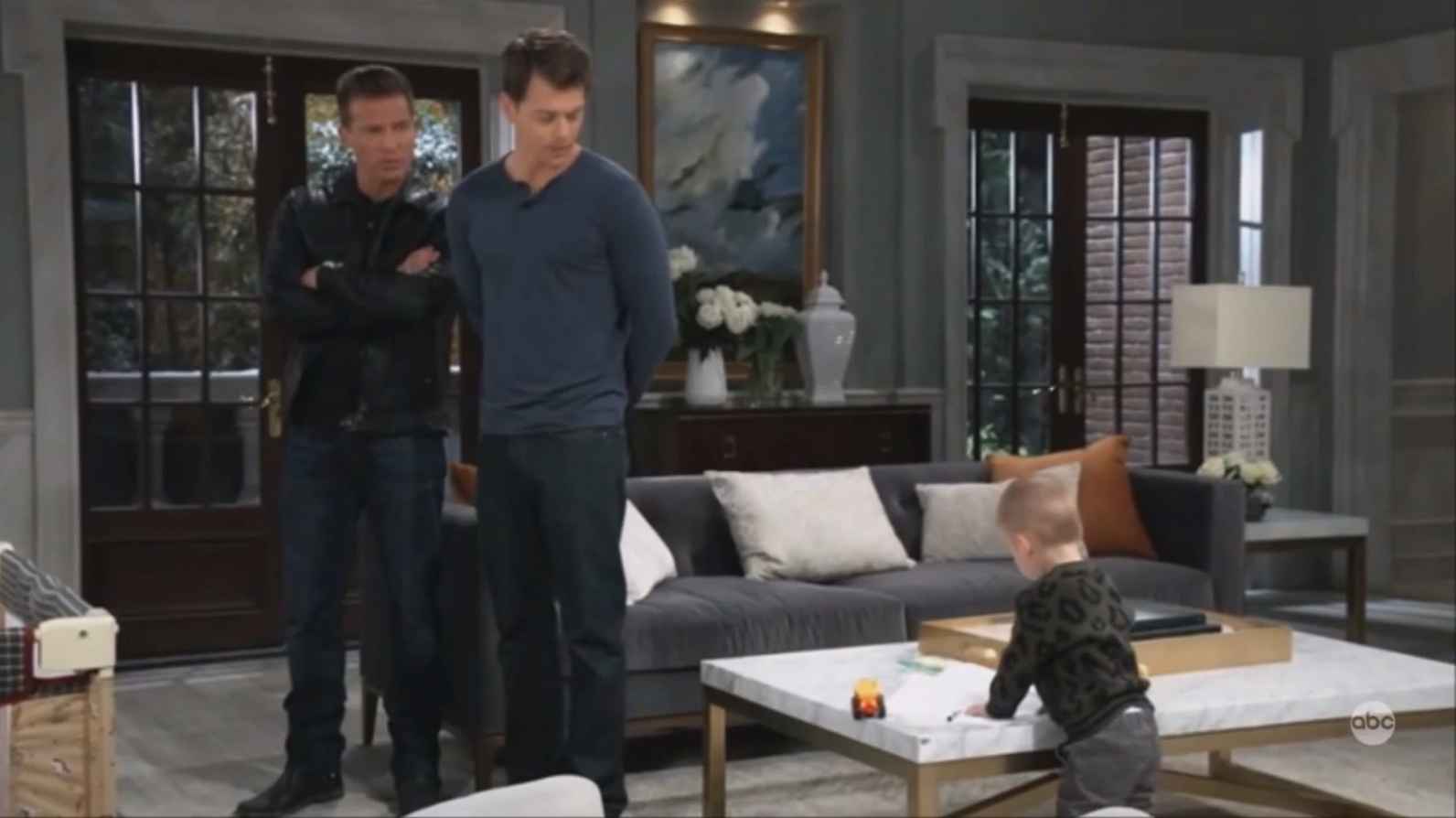 Next week on General Hospital, Nelle will aim to get revenge on Michael and his family. She is planning on taking custody of his son, but Michael will do his best to stop her.

And, Nelle (Chloe Lanier) is on a mission to get back at Michael (Chad Duell) and his family. They’ve done a lot to ruin her comfortable life. Spoilers for the week on General Hospital reveal Michael doing his best to keep Nelle back. He wants to stop her from interfering in his life and keep her away from his son Wiley.

Last week, Nelle’s lawyer managed to get the latest charges against her dismissed. So, this means she is free and ready to file for full custody of Wiley (Erik and Theo Olson). She told Michael and Carly (Laura Wright) she has now served time for her violent past. She believes she now has a good chance of winning custody of Wiley. This is because, in custody cases, the courts mostly favor the mother.

As noted by IBT, a heartbroken Willow (Katelyn MacMullen) has already placed herself fully on Michael’s side. She will do her best to help him protect Wiley. Willow has already vowed to take the stand in an effort to convince the courts that Nelle is an awful person and should not be given custody of Wiley.

General Hospital: Diane comes up with an plan to help Michael

Spoilers for next week on GH show Diane (Carolyn Hennesy) coming up with a plan to help Michael. She is well known for backing the Corinthos family and has done much in the past to help them.

If Diane comes up with a good plan to keep Nelle away from Wiley, will Michael be ready and able to carry it out? He is desperate to protect Wiley, but as fans know, Nelle is also eager to get her revenge. So far, it remains to be seen whether Michael can outsmart Nelle and gain and retain full custody of his son.

The baby swap draws Lucas to Julian on General Hospital

In other spoilers for next week on General Hospital, Nelle and Brad’s (Parry Shen) part in the baby swap will lead to Lucas (Ryan Carnes) softening up a bit. He will be seen to get closer to Julian (William deVry). And they are reportedly set to bond.

However, as GH fans know, Julian played a part in the baby swap by helping Brad hide the truth about young Wiley. This leads to the question of whether Julian will be go on to bond with his son, only to lose the relationship later. This is likely to happen if and when the truth comes out.

Keep watching General Hospital on ABC weekdays to find out what happens next.

‘LPBW’ Jackson Roloff Has What It Takes For His Own Show?
Danielle Sends Adam To Clean Busby Bus, Won’t Travel In Dirty Vehicle
‘The Bold & The Beautiful’ Spoilers, July 26-30, 2021: Finn Gets A Family
‘Love Island USA’: Shannon St. Clair’s Blast From The Past
‘The Wine Show’ Preview With Matthew Rhys, James Purefoy, And Dominic West On Sundance Now