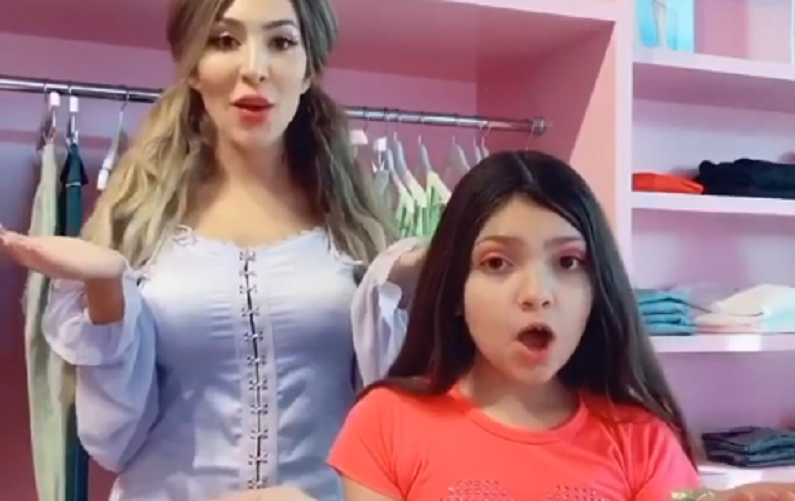 The Coronavirus virus is in the United States.

As those who have been following the news know… It finally happened. The Coronavirus made its way into the United States. With the country having such a huge population and so many people traveling… It was only a matter of time before it happened.

There have been cases confirmed in states all across the country. Some states have already declared a state of emergency. Now, you are probably wondering… What does the Coronavirus have to do with Farrah Abraham? Well, she lives in California. California was one of the first states to issue a state of emergency.

Yesterday, Farrah Abraham took to Instagram to “react” to the Coronavirus. She also shared her interpretation of how people were responding to the virus by heading to the store and completely clearing the shelves.

Unfortunately for Farrah, a lot of people didn’t consider the video to be funny. They took it to be the Teen Mom alum making fun of the Coronavirus.

Farrah Abraham shares video of her reacting to the Coronavirus.

The video Farrah Abraham shared on Instagram featured herself and her daughter Sophia at the grocery store. Based on the red walls in the background and the signage, they were at Target.

Fans watched as Farrah Abraham sarcastically freaked out about the shelves of Lysol and sanitizer being out of stock. Farrah and her daughter quickly cleared the remaining few containers of product off the shelves and into her cart.

Don’t even get me started domestic goddesses 🧤🧤🧤 #covid19 #coronavirus #lysol

Again, with a sarcastic tone, Farrah Abraham explained that they also stocked up on food in the off chance they were trapped in their home for a period of time.

How did her followers respond to the video?

Unsurprisingly, Farrah Abraham did limit the comments on this particular video. It is likely because she anticipated getting some backlash for it. With a massive following on Instagram, however, it didn’t stop people from leaving comments. Many were furious with Farrah for the video. Here’s some of what her followers had to say about the video:

Each of these comments had tons of likes and some had a wave of responses supporting the original comment. Farrah Abraham didn’t appear to respond to any of the comments on her video.