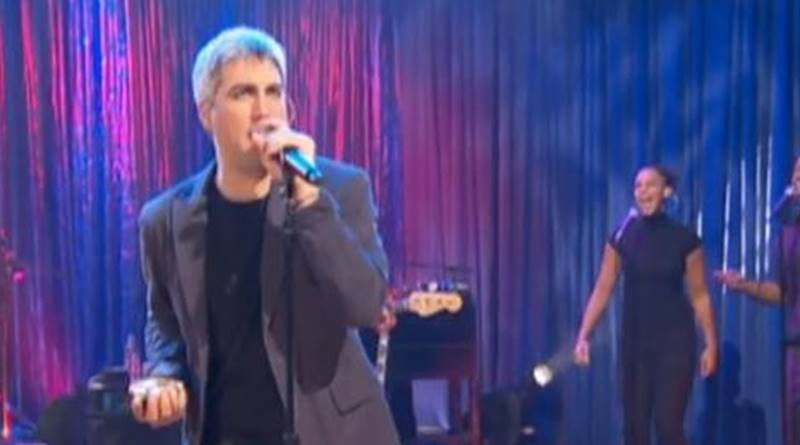 American Idol fans may recall that in 2006 Taylor Hicks walked off with the crown. Auditioning in 2005, Simon Cowell said he didn’t have what it takes. It seems that Simon was being really strict in the audition rounds. Actually, that’s, just like Luke Bryan vowed he’d be in the current season of the show. But Hicks won and became the oldest winner at age 29.

TV Shows Ace reported that this year, Luke Bryan promised to be strict. In fact, we noted that just like Simon Cowell, he said to one auditioner, “It’s a no from me.” But being strict didn’t mean the end of the road for Taylor Hicks with Simon. In fact, when the audience started voting for Taylor, Simon agreed he was wrong at first. Well, after his win, Taylor first went into recording, fell out with a producer and fans saw him on some shows like Grease.

American Idol fans heard from him again in 2012 when he appeared on American Idol. He announced his “one-year residency at Bally’s in Las Vegas on June 26,” AL.com reported. He never achieved massive post Idol success but gets by with various shows and festivals. Taylor lives in Nashville. When this week’s tornadoes tore into Tennessee, he felt fear for his life.

Hicks describes the tornadoes in Nashville

People reported that Taylor Hicks “held on for dear life,” when the tornado came through. The outlet explained that for Hicks, the description of the sound of a “train” became only too real. No prior warning came, other than lots of lightning and a power outage. When that happened, as it just cut off dead in an instant, he realized he needed “a safe place.”

Rushing to “his garage,” he witnessed “huge pieces of debris flying 100 feet in the air.” Then, the American Idol alum knew the community faced real trouble. The whole house shook and he got into the crawl space and just hung on. So scared, he felt as though he suffered “temporary insanity.” Describing the experience as totally “traumatic,” part of the fear came from not knowing where the storm was tracking.

Taylor prayed his way through his near-death experience

Hicks now feels that the mind prepares the psych for death as he felt almost “spiritual.” He noted, “it’s a very solace mindset.” Hicks continued by saying it’s a life and death experience. He recalled “saying, ‘Oh God, Oh God.’ Plus, he notes that he “said a prayer.”

Do you understand what Taylor Hicks went through? Did you ever survive a tornado or a near-death situation? Sound off in the comments below.