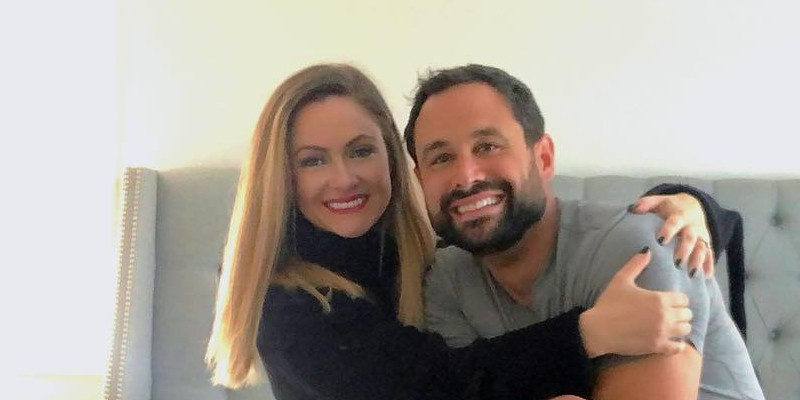 One of the most controversial Bachelor couples, Jason and Molly Mesnick are proving contestants CAN find love on the hit ABC show. Before Arie Luyendyk Jr. and Colton Underwood lowered the bar, the end of Jason’s season was one for the record books. The record of “Worst Bachelor Ever.”

Jason was the runner-up during Season 4 of The Bachelorette. Though he got down on bended knee, DeAnna Pappas rejected his proposal. Jason went on to star in the next cycle of The Bachelor, Season 13.

After weeks of whittling down his options, Jason was left with two choices: Molly Malaney or Melissa Rycroft. He chose Melissa and proposed to her. But wait! During the After The Final Rose special, Jason broke up with Melissa.

Why? Because he still had feelings for Molly. When Molly came on stage, Jason asked for another chance. She said yes and the rest goes down in one of the most shocking finales in Bachelor history.

Their Life Together After The Show

Molly and Jason were married on February 27, 2010. The wedding was filmed for an ABC special. Unlike most Bachelor and Bachelorette couples, Jason and Molly are still together.

The couple had one child together and Molly is step-mom to Jason’s son from a previous marriage. Jason was the first single father in the show’s history.

Both Jason and Molly took to their Instagrams to celebrate their anniversary and journey from reality show fodder to sharing a real life together.

With a cute caption, “Tackling life, hand-in-hand,” Molly shared a series of photos of the pair walking hand-in-hand throughout the years.

Tackling life, hand-in-hand, for 10 years straight! . I don’t think anyone really knows just how incredible @jasonmesnick is… He goes to workout EVERY morning. He reads from a book everyday. He is WILDLY successful in his career – giving 150% to his work, while also giving 160% to his family. He coaches Riley’s teams and shows up to EVERY single one of Ty’s games (corrected by Ty: he’s at 98% of Ty’s games 😂). He legit maintains every relationship in his life – never going too long without connecting with a friend (whether it’s over lunch, coffee or on the phone)! He’ll be a single digit handicap golfer this year, does all the laundry, never complains, never gets rattled, and this all isn’t even half of it! @jasonmesnick – you are SUPERHUMAN! I strive to be more like you every single day, and am so proud to call you my partner! . Happy 10 year anniversary – I can’t wait to see what the next 100 brings us! (Just kidding – we’ll be dead by then, but you know what I mean 😜) . ❤️❤️❤️

Jason took the opportunity to apologize – again – for putting her through the “Bachelor mess.” He does create the show and the fallout of what happened for creating a foundation for them getting through anything together.

Where do I start Mrs. Mesnick.  Let me apologize publicly again for putting you through the Bachelor🌹 mess that I created.  With that being said… it built an incredible, unique, foundation for us to build our family – showing that we can make it through anything.  You are, by far, the most generous person that I have ever met.  Molly would literally take the shirt off her back for anyone (I beg her to do this all of the time 😉) Without a beat, she became a step-mom at age 25 and has been there, unconditionally, for Ty for 10 years.  She's created the most beautiful and comfortable home for our family, welcomes everyone with an open door (she is the hostess with the mostest). I wish you could all see the way Riley looks up to her. Riley sees all that Molly is and is the perfect Mini-Molly.  I love you with everything that I am and look forward to tackling the next chapter with you!  Now lets go to @terranearesort for our 10 year celebration!

Melissa Rycroft went on to appear on Dancing With The Stars twice and won the mirrorball once. She has three children with husband Tye Strickland.

The Bachelor Season 24 Looks to Be a Messy Finale

Once upon a time, fans thought Jason was the worst Bachelor contestant and it couldn’t get any worse. Needless to say, future contestants took that as a challenge and by the end of the seasons, many fans think The Bachelors are trash.

However, Season 24 gave them a glimmer of hope with Peter Weber. He competed on Hannah Brown’s season of The Bachelorette. Fans thought Peter was a nice guy who was on the ABC show for the ‘right reasons,’ a refrain viewers hear constantly.

The season started off fine, maybe a little boring. But as the finale quickly approaches, fans are disillusioned with Peter and his behavior. He’s not necessarily a bad guy, but fans question his choice of keeping the drama-filled women and sending better choices home.

Reality Steve is known for spoiling The Bachelor ending before filming, but even he is stumped on how the last episode plays out. No spoilers here, but TV Shows Ace has all the dirt.

The Bachelor airs Mondays on ABC. Internet fans are already speculating as to which of Peter’s castoffs might be named the next Bachelorette.