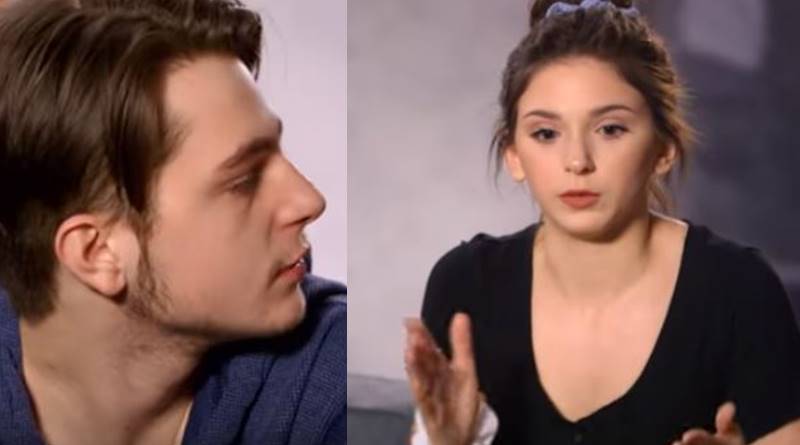 Unexpected fans who hope to see more of McKaya Adkins and Caelan might be disappointed to hear she probably won’t return to the next season of the TLC show. Plus, it looks like the on-off relationship between her and her baby daddy’s still in the off position.

McKayla and Caelan appeared in the first three seasons of the TLC show. Often, they bring back returning couples, but it’s likely a fourth straight season isn’t planned for the on-off couple. Currently, they remain split, not a new situation for them. Each time things fall apart, McKayla runs back home to her grandparent’s place. Even living together, they seemed, unfortunately, a bit too close to escape that third party interference in their daily lives. While McKayla doesn’t object by the looks of it, Calean seems to.

TV Shows Ace reported that this time, the split seemed quite acrimonious, In a live he did on social media in January, Calean alleged that McKayla’s got a “personality disorder.” Plus she moved back to her grandparents “across the street,” and refused him access to his kids. Despite that sort of drama attracting viewers to the show, however, McKayla seems pretty certain she won’t get back on the Unexpected show in Season 4.

Starcasm noted that McKayla did a Q&A session and during that, she talked about another season. During her Stories on Instagram, the outlet noted that she said she’s pretty certain that she won’t be on it. That’s because “nobody contacted” her. But she says that she’s “fine with” that. Then she reiterated that she can’t answer any questions about the show as she hadn’t “heard anything.”

There’s still a slim chance she might get a call, but the odds seem very low on that. But, Starcasm raised an interesting point. They noted that it looks like Hailey 1 might appear on the next season of the show. Many fans grew very upset with Matthew Blevins taking off with Hailey 2. They wondered if that meant the end of the road for Hailey 1 on the Unexpected show. Matthew and Hailey 2 now expect a baby soon. But as they both went quiet on Instagram, not much info about them has come out. Nevertheless, in the past, both of them denied they’d take part in the show.

What do you think about McKayla Adkins probably not featuring in Season 4 of the show? Will you miss her and Caelyn and their cute little kids? Sound off your thoughts in the comments below.