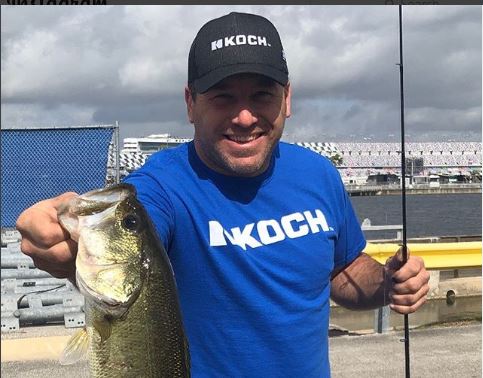 Tonight during the big Nascar Daytona 500 race Ryan Newman crashed. It was shocking for everyone to see. ESPN shared that he was rushed to the hospital after the wreck. Updates on his status have been slow. Finally a couple of hours after the crash a bit of information came out. Fans feared the worst before Nascar gave an update on Ryan Newman’s status.

Ryan Newman’s crash came right as he went into the lead during the Daytona 500. As it happened, Ryan Blaney’s bumper caught the back of his car. This caused him to flip in a fiery crash that didn’t look good at all.  You can see it below in the video. Newman might have had the win if this wreck hadn’t happened.

I don’t follow racing but Jesus, why is this a sport?!

Prayers to Ryan Newman and his family. https://t.co/L2yZwawdZ4

Update on how he is doing

Ryan Newman is one lucky man as information was revealed that his injuries after the wreck today at the Daytona 500 are not life-threatening. They have not shared exact details about how he is doing, though. The fans want details but those may not come for a bit. The statement from Nascar can be seen below.

NASCAR read a statement from Roush Racing that asks for privacy, and stated that doctors said injuries are not life threatening

Newman recently separated from his wife

Just recently, Ryan Newman shared the news that he was separating from his wife. It sounded like the couple was getting along and focusing on being good parents to their daughters. He shared the post below on his Instagram page to reveal what was going on with them.

Prayers are being sent to the family of Ryan Newman after this crash today. He is very lucky to be alive and at this time it looks like Ryan will make it.