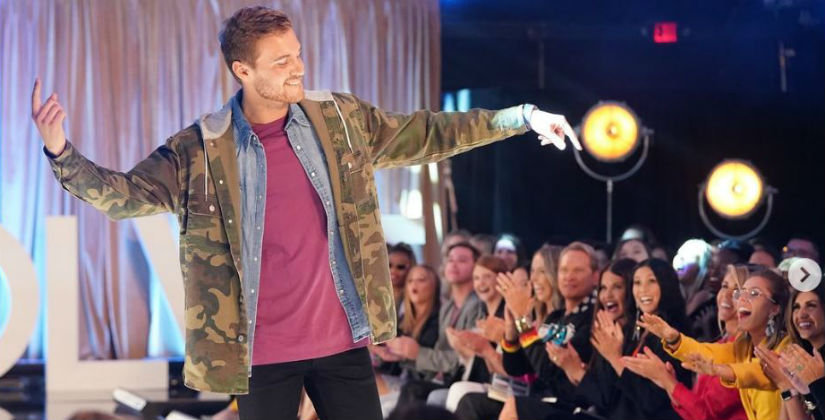 This has been a dramatic season of The Bachelor to say the least. Plus, add to it that spoiler guru Reality Steve has not been able to give concrete details about Peter Weber’s mysterious ending. This is unlike Steve and has many fans wondering if there’s more to the story. In fact, some are coming out and saying they think Steve was paid by ABC to NOT spoil Peter’s season. Here’s what is known about it all.

Did Reality Steve get paid to keep quiet about Peter’s ending?

Rumors have been swirling for months that Reality Steve was given compensation by ABC to not spoil Peter’s season. Is there any truth to these claims? Steve says absolutely not. However, in a recent tweet he responded sarcastically to yet another accusation.

Steve responded to a tweet asking him how much he got paid to keep Peter’s ending quiet. He replied, “$10,000,000. You didn’t hear? Oh yeah, it’s everywhere.” Steve has actually addressed these rumors before and says there is zero truth to the allegations. It is highly unlikely ABC would go to those lengths. After all, Steve has spoiled many seasons in the past and ratings were not a factor. But, because the ending has not been shared, there is talk going on.

This hasn’t been a typical season

Peter’s season has been unique in a lot of ways. Along with Steve not being able to spoil the ending, there have been other irregularities. There is always drama, but this season takes the cake. Between the nonstop bickering among contestants it’s funny to think Peter could find anyone to love.

Along with all of that, Hannah Brown returning and almost causing Peter to quit the show has also not happened before. Plus, rumors are swirling out of control as speculation continues to grow as to who Peter will ultimately choose in the end.

Peter says Steve will not spoil his season

In another not common piece of news, Peter is very confident that his season will not be spoiled. He has actually went on talk shows calling out Reality Steve by name and saying he will not be able to spoil his season. The big mystery is why? Has the ending not happened yet? This seems to be the only logical explanation at this point.

Steve has said that Peter does not leave Australia engaged. There is also about to be tons of drama surrounding fantasy suite dates. Did this play a role in the ending? Many think it does and has everything to do with front-runner Madison Prewett. In fact, Madison was seen last week filming with Bachelor production crews in Alabama.

Steve says he is getting closer to having all the pieces of the puzzle put into place. Until then rumors will continue to swirl as Peter’s big finale gets closer. Don’t miss The Bachelor Monday nights on ABC.