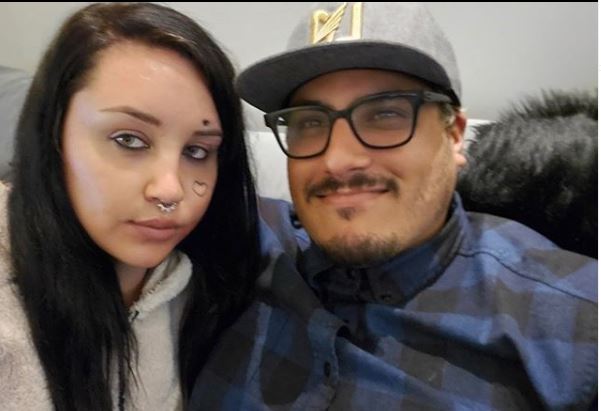 After years of legal trouble and mental health issues it looks like Amanda Bynes has finally found happiness! The She’s The Man star announced on her Instagram Valentine’s Day that she was engaged to the love of her life with a picture of a gorgeous ring! The name of her fiancé has finally been revealed and the picture of her shows a tall dark mustached man wearing glasses and a flannel button-down shirt! Not too fashionable of a choice considering his new bride to be is a FIDM (fashion institute of design) graduate.

The 33-year-old is marrying Paul Michael! The couple reportedly met in AA! In 2012 Amanda was arrested for DUI (driving under the influence) in West Hollywood but the charge was later dropped and she was put on three years’ probation. In May 2013 Amanda was charged with reckless endangerment and possession when she was found smoking marijuana in the lobby of her apartment building. She was then accused of throwing a marijuana filled bong out the window of her 36th-floor apartment when confronted by the Manhattan PD! Talk about the high life!

A bit more of Amanda’s past

Later in 2013, she was detained after she started a FIRE in the driveway of her Ventura County, California home. Bynes was then put on a 72-hour mental health hold. Things continued even further downhill for the ‘The Amanda Show’ star in 2014 when she tweeted that her father physically and sexually abused her, he and her mother strongly denied these allegations and petitioned the court for a conservatorship, that they later received.

Bynes, bless her heart faced tattooed self, tweeted again that a microchip in her brain placed there by her father “made her say those things” and was put on another 72-hour mental health hold where she was diagnosed with bipolar disorder. Her parent’s conservatorship continues until August 2020. The conservatorship means that she and Paul will have to get permission to marry. Hopefully, this is a request that is granted with wedding bells on! Will the handsome Paul Michael be the key to her happiness? Will they marry in matching flannel! Lord, I hope not! Will she have the wedding at the sober living house she is staying at?? Good luck to the future Mrs. Michael!! The world can’t wait to see where you go with your fashion career and your marriage! It’s sure to be a fashionable affair!