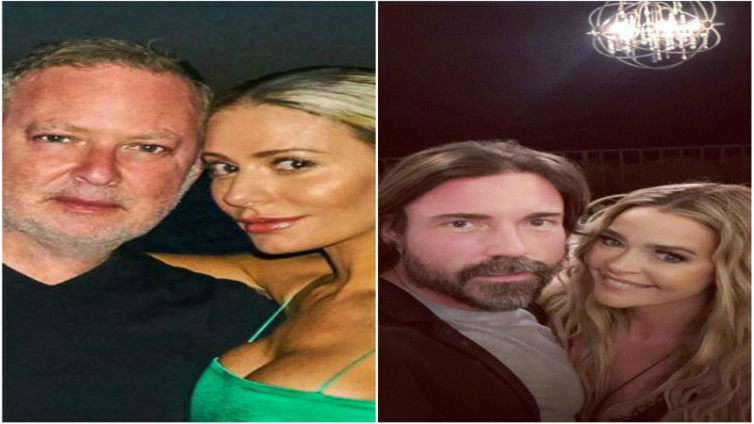 Reality TV is killer on marriages. Two The Real Housewives of Beverly Hills couples are facing rumors of trouble in paradise amid Season 10 drama. PK and Dorit Kemsley have been married since 2015, though they’ve been together for longer.

Denise Richards married Aaron Phyper last season on The Real Housewives of Beverly Hills. The actress is no stranger to speculation about her marriages. She was married to controversial actor Charlie Sheen for three years, though the conflict between the former couple continued for years.

The RHOBH co-stars Denise and Dorit separately took to Instagram on Valentine’s Day, 2020 to double down on their respective marriages.

The rumors of strife in Dorit and PK’s marriage began with a rumor discussed on a podcast. Us Weekly reports that a friend of a friend claimed that PK was no longer living with Dorit and their children in L.A. Rather, the rumor mill put PK living in a guesthouse in London.

News of the alleged tension comes months after PK settled several lawsuits that were pending against him. In one of the lawsuits, the plaintiff tried to bring Dorit’s finances into the legal battle.

Valentine’s Day. The day couples publicly gush over their significant others and celebrate their love. Page Six reports that Dorit and PK spent the holiday in San Francisco with their children.

Sources also told the gossip site that PK was actually living in Australia, not London. PK is the manager of singer Boy George, who is currently serving as a judge on The Voice down under.

Dorit’s sweet social media post referred to PK and their children as the “loves of my life.” The caption was posted alongside a black and white photo of Dorit and PK. Swiping right revealed a cute photo of Dorit sitting on the stairs with her two children.

Happy Valentines Day to the loves of my life! ❤️❤️❤️ #truelove #family #forever

The Real Housewives of Beverly Hills star Denise Richards seems to find herself at the center of Season 10 drama. Rumors have circulated for months that the Wild Things actress is feuding with co-stars Lisa Rinna and Brandi Glanville.

The rumors have reached a fever pitch with Brandi’s allegations that she had a months-long affair with Denise. While Denise hasn’t spoken out about the accusations, her co-stars assure fans that the drama will play out on the show.

The affair rumors were quickly followed by rumors of a crumbling marriage. While Denise hasn’t addressed the split rumors directly, her Instagram post certainly implies her marriage is just fine.

In a throwback photo from their wedding day, she touts their ‘deep connection’ and ‘strong love.’ The Starship Troopers star ended the caption with the hashtag #strongertogether.

#tbt this b&w photo was taken the day we got married it’s my favorite. The energy from it showing the deep love & strong connection we have with eachother. Everyday I fall more in ❤️ with this man & I’m so proud to be his wife. @aaronwilliamcameron #soulmate #strongerthanever

Fans will have to wait a while longer to see just how strong the couple is during the upcoming season. Bravo has yet to announce when The Real Housewives of Beverly Hills will return in 2020.