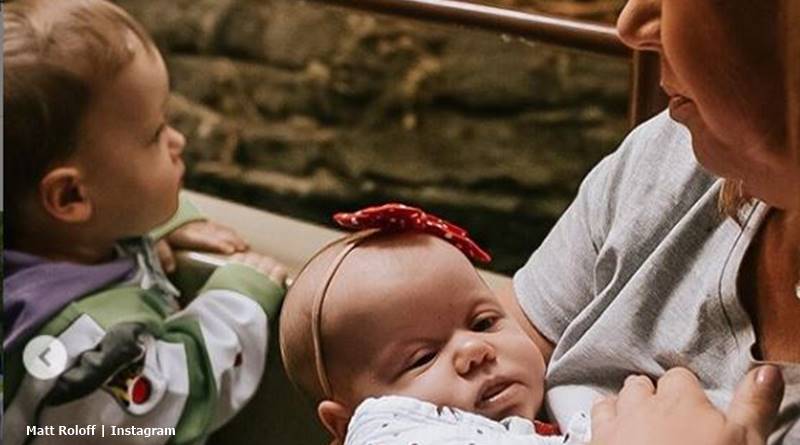 LPBW fans heard from Tori about her excitement in visiting Disneyland. It’s one of her favorite places. Matt Roloff and his girlfriend, Caryn Chandler, joined them and his grandchildren, Lilah and Jackson. Matt took to his Instagram and shared some adorable pics of his friends, family, and Jackson. Plus, he told fans the cute little guy hardly ever turns on the tears.

TV Shows Ace reported about the Roloff family’s visit to Disneyland this week. We noted that Tori shared loads of Stories on her Instagram. Plus, she “shared a family picture in front of the castle. The whole group has matching tee shirts with their names on them. Tori and Caryn are wearing similar Minnie Mouse ears too.” Certainly, it looked like everyone enjoyed themselves to the fullest. But, it looks like Matt’s photos of Jackson and Lilah won the most approval from his fans.

The LPBW patriarch shared a whole bunch of photos in a single post. The first one showed him, Caryn, Zach, Tori and the grandkids in front of the castle. In that pic, Jackson’s standing there like Mr. Casual with his shades on. But the second picture is simply adorable. In that photo, Matt shared a close-up of Jackson cradling his sister Lilah. Both of the adorable kids wore their sunglasses. Jackson’s a fine-looking boy, many fans think. And, they love the way he looks so happy.

Jackson hardly ever turns on the tears

One LPBW fan asked Matt, “Hey does Jackson ever cry? Always seems so pleasant.” Well, Matt replied, and said, “Honestly…it’s extremely rare.” Then he noted, “He a true professional! (sic).”  Actually, fans might recall last year their trip to Disneyland never worked out so well for Jackson.

InTouchWeekly reported on the little guy suffering from “nursemaids elbow.” Plus, he had an ear infection. But bravely, the little fellow just “powered through it.” So, they managed to go back to Disney after the doctor saw him. The outlet noted that Tori said on Instagram, “I am so thankful Jackson was such a champ today. He rallied harder than anyone and we were still able to enjoy mom’s favorite place!”

LPBW fans know that Matt often refers to Jackson as a “champ” or a “professional. In fact, when he recently compared Lilah and Jackson, he described Jackson as the “professional,” and Lilah as the “personality.”

What do you think of the photos that Matt Roloff shared of Lilah and Jackson in Disneyland? Do you think the one where they both wear their shades is totally adorable? Are you amazed at the stoic little guy who hardly ever turns on the tears? Sound off your thoughts in the comments below.