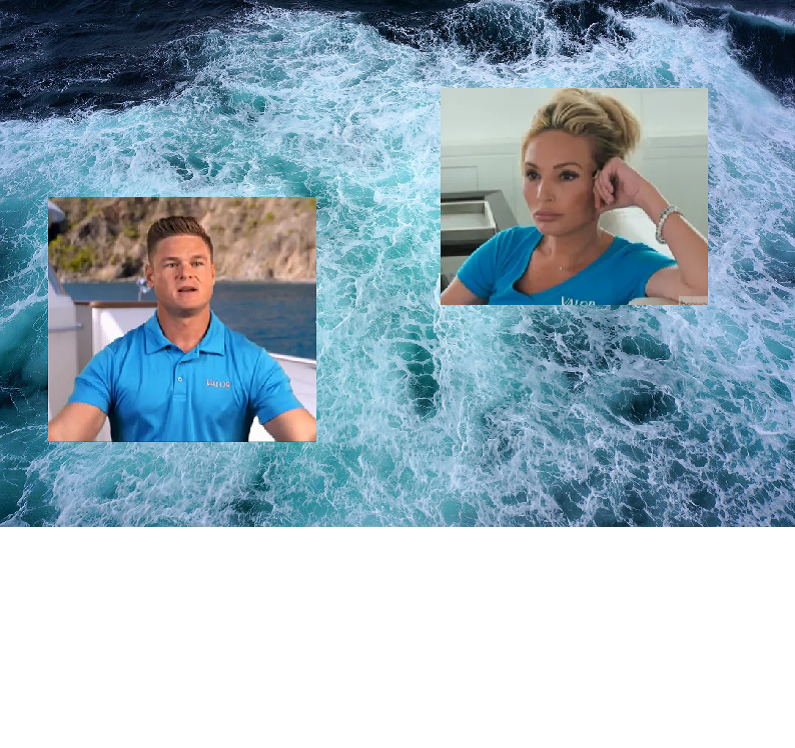 Below Deck star Ashton Pienaar’s apology tour has been a bust. Fans quickly noticed that he has not learned from his misogynistic and toxic behavior on the show. They feel that he doesn’t have genuine remorse over his actions. Ashton keeps repeating the same mistakes long after the charter season.

He trashed Kate Chastain behind her back. While he could’ve apologized and worked on bettering himself, the bosun bashed the chief stew long after the charter season ended. On the show, viewers only saw Ashton complaining about Kate to his bru crew, often in front of her face. It also turns out that he trashed her to Captain Lee Rosbach, right behind her back.

Fans may not be shocked to learn this recent revelation. Captain Lee Rosbach appeared on the Below Deck After Show. During his appearance, he revealed that Ashton spoke to him about Kate after the season ended. Ashton felt that Kate wasn’t good at her job and asked Captain Lee to keep their conversation a secret. The Stud of the Sea didn’t stick to his promise and exposed Ashton during the interview.

Maybe Ashton had a real concern. But he should’ve known that it could cost him his future on Below Deck. Both Captain Lee and Kate previously said that they would not work with him ever again. And trashing his crew members isn’t going to win them back. The comments that Ashton continue to make about Kate is just one reason why viewers don’t want to see him on the show ever again.

Ashton Pienaar does not feel sorry for his actions

Ashton and chef Kevin Dobson appeared on the Below Deck After Show in a subsequent interview. Kevin said he left the boat without saying a word to Kate. Ashton and Kate said their goodbyes, but only in a civilized manner. Ashton admitted her spoke to Captain Lee about Kate’s behavior. He feels that she’s lost her game as a chief stew.

“She’s getting messy,” Ashton said on the After Show, as quoted by Showbiz CheatSheet. “It’s her sixth season being on TV as a yachtie. She used to be a yachtie, she’s now a TV star. All she’s good at is causing drama on camera.”

Below Deck fans beg to differ. Most of the drama stemmed from Ashton’s explosive behavior. Did he forget about that drunken fit he had in the van? Kate revealed that he still hasn’t apologized to her for the way he treated her on the show. Ashton is obviously not sorry. He continues to trash her to everyone who’s willing to listen.

Captain Lee told Kate what Ashton said about her. When he tells her, she looks visibly disappointed. She was shocked to learn about their private conversation about her. But, Kate is not surprised to learn that Ashton hasn’t changed.

Captain Lee said that he gave Ashton a chance to retract on his statements but he never did.

“I gave him the opportunity to retract what he said and he didn’t,” he admitted.

Kate looked down at her phone and called Ashton “fake.” Then she wanted to change the subject.

Captain Lee thought Ashton would give a damn. He claims that he doesn’t know who the bosun is anymore. Neither does Ashton. He revealed on Instagram that he’s done some “reflecting” after Below Deck Season 7 ended.

What are your thoughts on Ashton Pienaar still trashing Kate Chastain after the charter season? Sound off below in the comments section.

Jessica Batten Of ‘Love Is Blind’ Gets Happily Ever After
‘Deadliest Catch’ Exclusive: The Worst Is Yet To Come In Nail-biting Season 17 Finale
‘General Hospital’ Spoilers Hint At Major Cast Changes Ahead
Lifetime’s ‘My Husband’s Secret Brother’ Is a Joey Lawrence Family Affair
Carrie Ann Inaba Goes Braless Under Blazer For New ‘DWTS’ Season