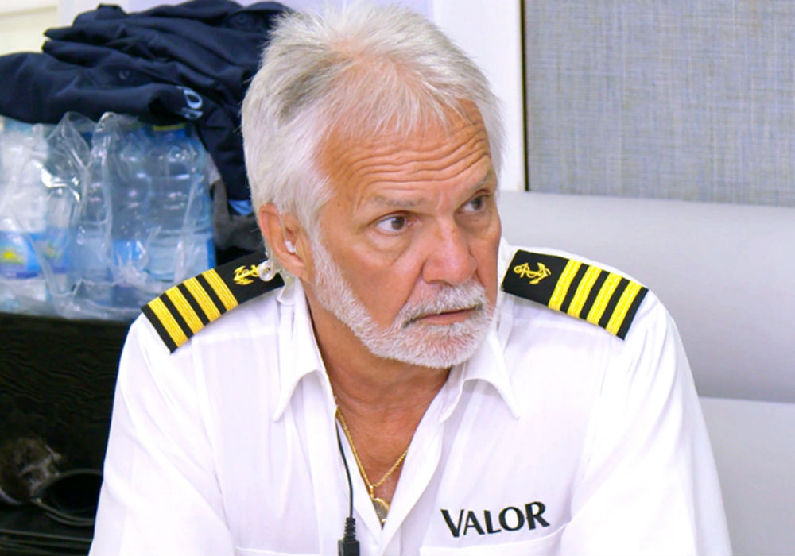 The Below Deck reunion will be as explosive as the entire season. It got so tense that Captain Lee Rosbach walked off the set. Bravo just released a sneak peek of the Below Deck reunion part one. Host Andy Cohen teases that there is “drama on the high seas” and “rough waters ahead.” The drama is so bad on set that Below Deck’s Stud of the Sea is seen walking off.

Below Deck’s Season 7 has been the rockiest yet. It even beats the very season that featured Raquel “Rocky” Dakota. Most of the drama this season has come from the boys’ side. Bosun Ashton Pienaar had a drunken van incident that led to a social media backlash. Chef Kevin Dobson kicked sand in Kate Chastain’s face. This wasn’t the only drama that took place on Season 7, and the cast will air out their grievances in the two-part reunion.

Captain Lee has had enough of the Below Deck crew

Not everyone has apologized for their behavior. Fans didn’t like the way Ashton acted during his appearance on Watch What Happens Live. They felt that he wasn’t truly sorry for his behavior. They felt the same way when Kevin appeared on a later episode of WWHL.

Season 7 has been about the boys vs. girls. And, that mentality continues to play out on the reunion, as reported by E! Online. All this back and forth plays out in the clip. Captain Lee gets so sick of it that he walks out of the reunion. He tells Andy that he “needs a break” before he walks off. Then he’s heard saying, “I’m tired of these f***ing d***heads.”

Will he come back? We’re all left wondering the same thing. You’ll have to tune in to find out.

Fans create their own drama over the reunion

Below Deck fans have been making their voices heard this season. They let their voices known when it came to the boys’ club. The fans are sick of the misogyny that exists on the reality series. And, they feel that it’s gotten worse no thanks to Ashton, Kevin, Tanner Sterback, and Brian de Saint Pern.

They also called for change. As TV Shows Ace previously reported, fans asked comedian Leslie Jones to host the reunion. The actress has been keeping up with Below Deck Season 7 and shared her feelings on social media. Fans feel that she would be perfect for the role since she’s brutally honest and funny.

They also want a change to the reunion location. Andy shared a cast photo from the reunion. As you can see, the reunion looks tense. But, the fans didn’t notice. They asked why the reunion was in the Clubhouse once again.

Fans argued that Below Deck is one of Bravo’s most popular shows. They feel that Andy should give the show the same respect he does with the Real Housewives franchise. That’s when he fired back that fans should “be happy it happened at all.”  Ouch! Looks like this reunion has everyone worked up.