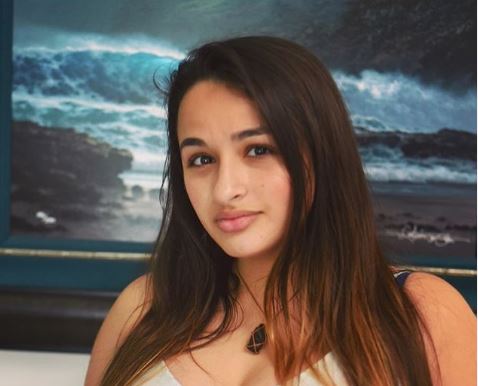 Jazz Jennings of I Am Jazz talked about on her new episode last night about choosing a college. She had a big choice to make seeing that she was accepted to two different schools. Jazz was accepted to Harvard and also to Pomona College. They talked about how Pomona was a very accepting college for someone who is transgender, but Havard is well just that Harvard.

Jazz Jennings did make a choice about college even though that hasn’t aired just yet. It turns out that Jazz chose Harvard, but she isn’t even going right now. Jazz went to her Instagram a while back and shared the news that she had chosen Harvard, but wouldn’t be going right away. Here is what she shared.

“After careful consideration I have decided to take a break before starting at Harvard. It wasn’t an easy decision but it is the right one for me. These past few years have been so full and busy that I realized I could use some time to refocus and recenter to be the strongest version of myself. I am so grateful to have the support of my parents and Harvard in making this decision and look forward to focusing on some self-care and getting prepared to start this exciting next chapter in my life.”

Her parents were really excited about Jazz heading to Harvard, but they also seem to support her choice. She has been through a lot with surgeries in the last few years. Taking some time for herself seems to be exactly what she needs.

I’m feeling so great after completing my third surgery! This third procedure was for cosmetics, and I’m super happy with the results. Thank you to everyone who has followed my journey and supported me along the way❤️💕

How is Jazz doing now?

Right now, Jazz Jennings seems to be doing great. She has been sharing on social media. Fans saw that during the show she was single again. If she has found someone new, then she hasn’t shared it just yet. Jazz Jennings even shared a photo of her in a swimsuit and she looks as confident as ever.

Hopefully, she will decide to go to Harvard at some point. A few fans didn’t agree with her decision, but you know this wasn’t one she took lightly. On the episode last night, Jazz made it clear that she was going to look into both colleges and decide what was right for her.

Don’t miss new episodes of I Am Jazz when they air on Tuesday nights on TLC.