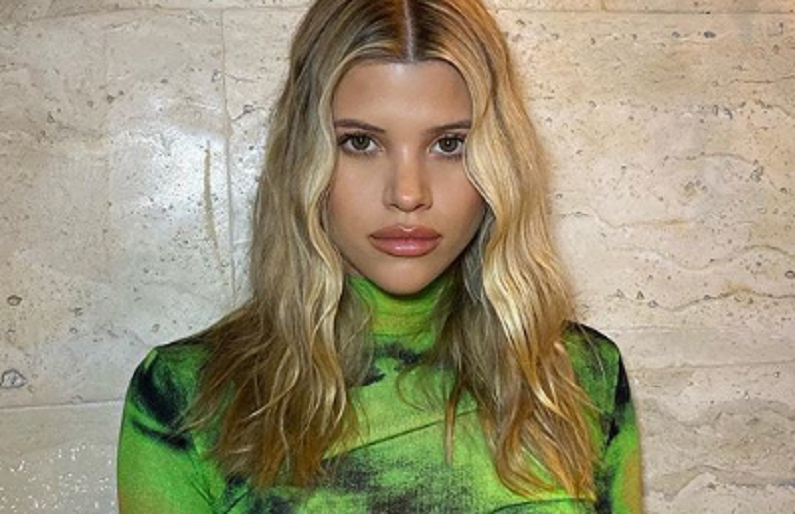 Sofia Richie will not be on Season 18 of Keeping Up with the Kardashians. The daughter of Lionel Richie no longer has an interest in reality TV. That’s because she has her sights set on Hollywood. She wants to focus on her acting career.

The 21-year-old first made her start with modeling. She previously posed for Diane Alexander, Tommy Hilfiger, Pretty Little Things, and Missguided. Fans went crazy when Sofia made her debut on last season’s Keeping Up with the Kardashians alongside her boyfriend Scott Disick. The starlet found herself in an awkward situation with Scott’s ex, Kourtney Kardashian, in the hot tub, as reported by TV Shows Ace.

Sofia Richie will not return to KUWTK Season 18

In an interview with Entertainment Tonight, Sofia explained that she has nothing bad to say about reality TV. But, she feels it’s best for her to move on. Sofia has her sights on something bigger. She wants to have an acting career in Hollywood. She spoke to the outlet at the opening of the Marcell Von Berlin flagship store in Los Angeles on Tuesday, Feb. 4 where she broke the news.

“Well, because I want to get into acting!” She explained. “I feel like, for a while, I kind of held back on things because I was afraid of failure, but 2020 is [the year of] no fear! I’m gonna be doing acting stuff really soon.”

Sofia is excited about her future. She already has some exciting projects coming up. She explained that some of her roles felt like they were made for her. The young star said that her roles were “easy for me to play, and I really, really enjoy it,” as quoted by Radar Online.

She felt that being the daughter of Lionel Richie and the younger sister of Nicole Richie has made her “kind of felt like I was stuck in everyone’s shadow.” Now she’s hoping to make her own mark in Hollywood. Sofia makes it clear that she’s nothing like her famous father or sister. She’s become her own person, and now it’s her time to shine.

Sofia is trying real hard to look like an A-list celebrity. She’s been focusing a lot more on her health and fitness, as reported by Life & Style Magazine. She eats clean and exercises several times a week. On Tuesday, she was spotted leaving a hot Pilates class in West Hollywood with Kate Moss’ little sister, Lottie Moss. The pair looked sweaty and shiny as they left their workout session.

Sofia wore a gray sports bra with matching leggings. She also stepped out in Givenchy slides that cost $295.00, according to the report. The model is obsessed with her workout routine. She’s probably hoping that it will get her more acting roles.

“Sofia works hard at keeping her amazing body in shape,” an insider told Life & Style back in November. “Even when she’s on vacation, she squeezes in a couple sessions at the gym.”

She doesn’t just love hot Pilates. Her favorite Hollywood gym is the Dogpound in Los Angeles, which is founded by Kirk Meyers. Rather than using a bench press for tricep dips, Sofia relies on her friend Yris Palmer for some help. She’s been working on her physique and it shows.

ready to let the sun go, and accept the cold.. i guess

What are your thoughts on Sofia Richie leaving Keeping Up With the Kardashians for Hollywood? Sound off below in the comments section.