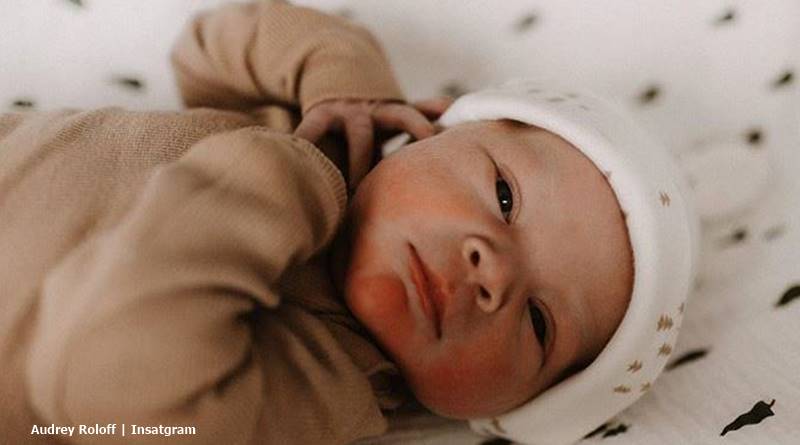 LPBW fans know that Bode arrived on his due date in January. Audrey and Jeremy seemed thrilled with their new son, the younger sibling to Ember.  Audrey promises some info on their podcast. In the meantime, she took to Instagram and shared a photo of the first time that she held Bode. Fans admitted the powerful emotion made them cry.

LPBW alum Audrey had Jeremy with her when Bode was born

The photo that Audrey shared about Bode reveals that as the baby was placed in her arms, Jeremy was right there beside her. Audrey captioned the photo with, “That feeling when you hold your baby for the first time😭It’s unlike anything else… such an overwhelming rush of emotions. As Sheldon Vanauken would say, ‘A moment made eternity.'” Well, she then went on to talk about her upcoming podcast. According to Audrey, the podcast where they talk about the birth should drop sometime on February 4.

TV Shows Ace reported that Audrey and Jeremy enjoyed keeping their son to themselves for a while but a few days later, the first pics emerged on Instagram. However, this particular photo really showed the deep meaning of being a mom, some fan thoughts. And, importantly, most LPBW fans noted that Jeremy was with her. One fan said, ” love that Jer was right next to you the whole time. Like he knows what child birth looks like. A lot of guys would not want to be in the room or be that involved. That’s incredible. ❤️”

While many people described the photo as beautiful, a lot of them commented on the very deep and real emotions in the picture. Here’s what some of them said:

Many similar comments came from LPBW fans, but there’s no room for all of them here.

That feeling when you hold your baby for the first time😭It’s unlike anything else… such an overwhelming rush of emotions. As Sheldon Vanauken would say, ‘A moment made eternity.’ ⁣ ⁣ I haven’t shared anything about Bode’s birth yet… but tomorrow on @behindthescenespodcast I’m sharing the full story☺️ Click the link in my bio to subscribe to our podcast and you’ll be notified when the episode drops tomorrow morning!🙌🏻 And quick disclaimer… please excuse my postpartum brain in this episode🤣

Audrey and Jeremy no longer on the show

While Audrey and Jeremy no longer feature on Little People, Big World, fans can still hope to see them. Matt Roloff noted that they won’t run off and hide if the cameras are around at functions and events. Hopefully, fans will catch a glimpse of Bode in future seasons of the LPBW show. Plus, Cheatsheet noted they appeared on Access Live at least once, so perhaps fans will see Bode on-screen via another outlet at some stage.

What did you think of the picture that Audrey Roloff shared showing her holding Bode for the first time? Do you think it’s a powerful and emotional shot? Did you cry? Sound off your thoughts in the comments below.

Chase Chrisley Wants To Move To The Bahamas: Would Todd Allow It?
Wells Adams Finally Gets Shot At Hosting ‘BIP’
Are Cody Rigsby And Cheryl Burke Out Of ‘Dancing With The Stars?’
‘Welcome To Plathville’ Olivia, Kim And Barry Have A Serious Talk
‘Teen Mom’ Maci Bookout Called ‘Distasteful’