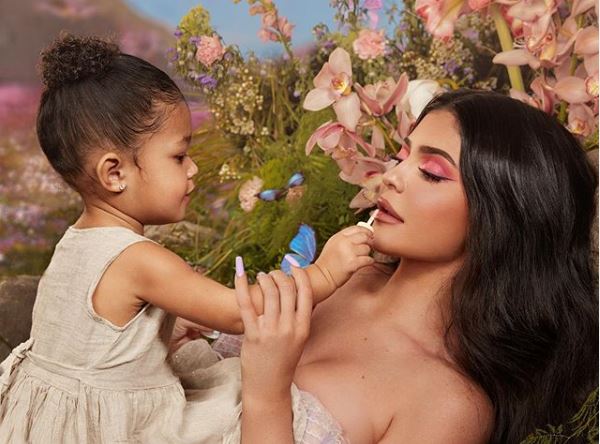 As a member of the Kardashian clan, Kylie Jenner is no stranger to the lavish and extravagant. Now it seems as though she is passing her expensive tastes on to daughter Stormi Webster. The youngest member of the K-fam recently celebrated her second birthday and her celeb mom left no expense spared.

Stormi Webster’s Birthday Bash is the Party of the Year

If Kylie’s fans thought little Stormi’s first party was extravagant – this year’s event was even bigger. This year, Kyle and Stormi’s dad Travis Scott created an even bigger customized, a theme park for their little princess.

E! Magazine muses that what has been dubbed ‘Stormi’s World’ may quickly become a yearly event. This year, Mom and Dad turned up the volume – creating a theme-park experience that also included Trolls and Frozen 2 themed events alongside the extravagant ‘Stormi’s World.’

Videos featured on Kylie’s Instagram stories and across the web feature images of the over-the-top multi-themed party. The event started with a larger-than-life air-filled mock of Stormi’s face that doubled as a walkway into the party. Guests would enter through the child’s open mouth and walk down a ‘throat’ shaped hallway that leads to the rest of the party.

Kylie and Travis perfected every detail. They hired staff to work the event and made custom ‘maps’ for their theme park so that guests would not lose their way.

Merch at a Birthday Party?

Leave it to the K-clan to never miss an opportunity to release new merchandise. According to video from the event – the party space also included a ‘Stormi’s World’ Gift Shop that was stocked with customized t-shirts, sweaters and toys emblazoned with the colorful logo they created just for the event.

Mom and Dad weren’t the only ones gushing over the birthday girl this weekend. Grandma Kris Jenner stopped to share a sentimental post full of beautiful birthday wishes for her Grandchild.

“Happy second birthday to my beautiful precious Stormi!” Jenner wrote, “You are such a bright light and so full of joy and song. Your smile and energy lights up a room.”

Happy second birthday to my beautiful precious Stormi! You are such a bright light and so full of joy and song. Your smile and energy lights up a room… I cherish every moment we spend together, what a blessing you are!! You are such a huge part of my heart and I love you to the moon and back!!!!! Xoxo Lovey ❤️ #HappyBirthdayStormi

After all the excitement of this year’s event, we can only imagine what Makeup-Mogul Kylie will come up with for Stormi’s next birthday party. Do you think the party was too much? Tell us in the comments! Stay tuned to TV Show’s Ace for all the latest and greatest on Kylie and the rest of the Kardashian Clan