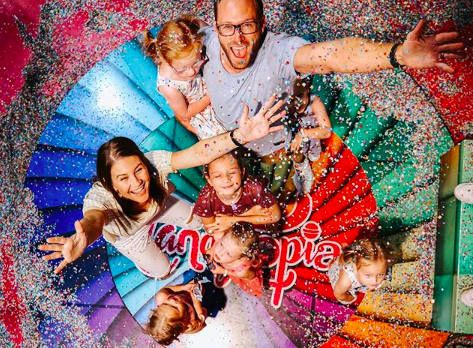 OutDaughtered star Adam Busby posted a sweet “girl dad” tribute to Instagram on Thursday, January 30. According to InTouch Weekly, he gushed over how much he loves raising his six daughters with his wife, Danielle.

He captioned the photo, “One thing that I tell a lot of soon-to-be dads that seem to be disappointed for not having a boy. Every Dad needs to have a little girl; there is nothing greater than the way that a daughter looks at her daddy. I hit the jackpot. #girldadOpens ‬#outdaughtered. #itsabuzzworld.”

‪One thing that i tell a lot of soon to be dads that seem to be disappointed for not having a boy. Every Dad needs to have a little girl there is nothing greater than the way that a daughter looks at her daddy. I hit the jackpot. #girldad ‬#outdaughtered #itsabuzzworld

Adam’s post has already received so much support and love! Tyson Gardner showed his support by commenting “Beautiful Adam!

You’re blessed and so are they.” Gardner is from the reality show Rattled, which follows his family and their quadruplet girls.

People across the world have been posting “girl dad” photos on social media. InTouch Weekly goes on to state that the posts started after ESPN anchor Elle Duncan shared a touching story about Kobe Bryant following his tragic death.

In a previous conversation, Elle told Kobe she was expecting a daughter at the time. Kobe then high-fived her and said, “Girls are the best.” He also told her, “Just be grateful that you’ve been given that gift because girls are amazing.” Elle went on to ask if he was hoping for a baby boy in the future. Kobe replied, “I would have five more girls if I could. I’m a girl dad.”

Since then, everyone has been using the viral hashtag #girldad on social media.

So when can we expect to see this adorable girl family back on our screens?

Well, according to TheCinemaholic, Adam previously posted on his Instagram that the family was taking a break from long filming days. He also expressed his disapproval at how the show was being presented post-edits. Additionally, filming days take a toll on his wife Danielle’s health.

Given the above factors, OutDaughtered may take some time to return to TLC. Hopefully, if everything goes well for the Busbys, we can expect a Season 7 premiere in October 2020 as the last season premiered in October 2019.