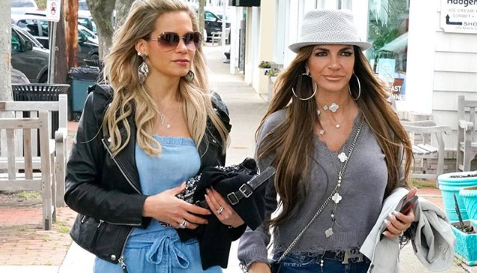 It seems there was a little more to the RHONY story of the fallout between Danielle Staub and Teresa Giudice than originally reported. It all happened when Margret Josephs threw water in Danielle Staub’s face and she retaliated by pulling her ponytail. The move had Margaret saying she assaulted her.

Everyone stopped speaking to Danielle Staub because of this incident. They didn’t invite her to staff events. Teresa Giudice was the only one who still talked to her.

What Was Teresa Giudice’s Role In The Fight?

When Danielle met with the boutique owner, Steven Dann, later, which is where the hair pulling happened, she addressed it. She said Teresa told her to pull Margaret’s hair. She whispered it to her and so, Danielle did. Staub was upset Teresa let her take all the blame for her suggestion.

When Did The Fight Reach Its Breaking Point?

Initially, it seemed like Teresa wanted to cause some drama because she brought up the fact that the other women could be talking about Danielle. They were standing on the side of the room watching Dolores Cantina, Jackie Golschneider, and Melissa Gorga chat with Margaret. Danielle and Teresa decided they were laughing at her. A pan back over from the camera showed they were not according to The Blast.

Teresa burst out that it was enough and convinced Danielle to go over and confront them. Margaret said some mean things about Danielle and Staub commented on her appearance. Eventually the drink was poured on Danielle and she saw red.

Then The Attention Shifted To Teresa and Danielle

Once Teresa Giudice knew Danielle told on her she blocked her number and quit talking to her. This was after a huge screaming match between the two of them. All of this drama will be shown on this season of RHONY so fans can draw their own conclusions from it. Since Teresa was the only one in Danielle’s corner, now the entire cast won’t film with her.

Fans are saddened because after a very rocky start the two became friends when Teresa lost her mother. They were enemies to begin with but then built a strong relationship with each other. Margaret said that Danielle tried to break her in half when she pulled her ponytail.