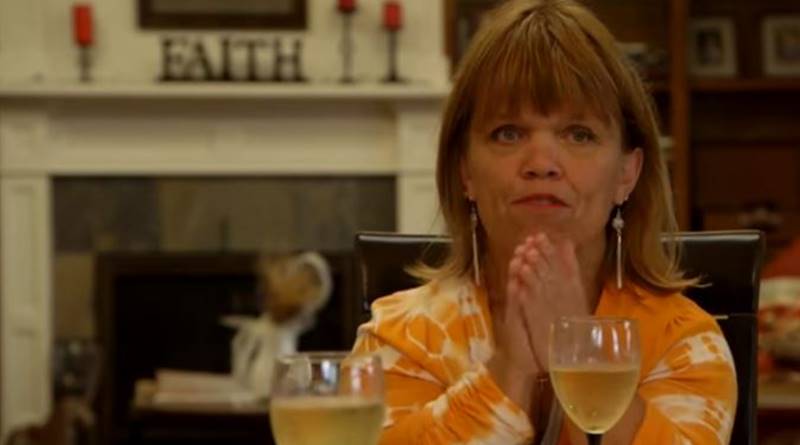 LPBW fans split into two opposing camps when Matt Roloff and Amy got divorced. In fact, social media abounds with people who hate on Caryn Chandler, Matt’s girlfriend. Conversely, others slam Amy. Irrespective, the show still went on, and both of them found new love. Hating on either of them sometimes seems even more bitter than between the couple who actually saw their marriage dissolve, some fans think. But now, Matt Roloff did a promo for Amy’s salsa. Could this be a sign that both of them just moved on from that early bitterness?

Matt took to his Instagram this week, to share about Amy’s salsa. He put in a long caption, explaining how he nearly forgot to share it. He noted that right now, he’s “consumed playing with [his] grand babies everyday.” And, who can blame him? His grandchildren all look delightful. In the photo, Matt sat with a football, and he hoped that it’s not too late for fans to grab some salsa. After all, it’s a good time to use it, as the Super Bowl comes along soon.

LPBW fans know that the salsa originates from Amy’s Little Kitchen. TV Shows Ace reminded readers that it’s time to get ahold of her fudge that’s already advertized for Valentine’s Day. It’s not usual that Matt advertises the fudge, so some fans found it notable that he’s promoting her salsa. Mind you, the salsa’s also a big part of the annual Pumpkin Season festivities on Roloff’s arms, so in a way, he does promote it there.

Fans respond to the ad for Amy’s salsa

Many grateful fans loved that they can order it through Amazon. One said, “That’s Awesome I can get it on Amazon. How is that pumpkin salsa. Sounds good. Thanks Matt.” Another one wrote, “Can’t wait to try this ❤️ Have a blessed day.” But, Cheatsheet noted that some fans almost sounded indignant. They noted that one commented, “I thought this was Amy’s sale?'” Yet another questioned him as they thought it was “Amy’s salsa.'”

Amy’s book, A Little Me brought some rather angry comments from her about Matt and Caryn. It described her pain. So, her fans still hold a lot of bad feelings for Matt. Also, in the last season of LPBW, during the buy-out negotiations, many critics of Matt felt he was trying to “push her off” the farm. So, that might account for the indignation of some followers. But, with Amy now engaged to Chris Marek, possibly they both moved on from that bitterness. After all, they share children and grandchildren, so it might be best to just try and get along.

Sorry everyone… so consumed playing with my grand babies everyday I failed to publish this video a few days ago. Hopefully not too late for you to find this on-line (Amazon) in time for Super Bowl. Either way a great conversation treat for your next event/party.

Eight months ago, Amy, Matt, Jackson, Tori, and Zach all appeared on Access Live where they spoke about keeping things civil. During the interview, Amy said, “I think we do our best.” She added, “We still want to remain respectful…for the sake of our kids and stuff like that.” She also elaborated, noting that they still “bicker”…but they had a “long life together, so why hate each other?” Amy said they “moved on.” And, Matt chipped in, pointing to Zach and Tori, noting they “left behind a whole bunch of successes.”

So, it certainly looks like the LPBW patriarch helping to promote Amy’s salsa, is one of those things they do to stay kind and civil. What do you think? Sound off your thoughts in the comments below.