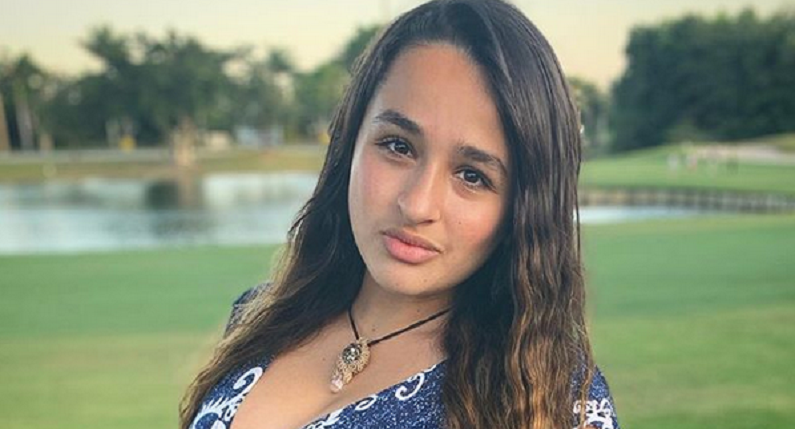 I Am Jazz star Jazz Jennings has undergone surgery several times. Her two previous surgeries were more complex than her or her doctors expected. The reality star had to have several gender confirmation surgeries to complete her transition journey. Now her doctors are revealing what happened.

In the new clip, Jazz’s doctors Jess Ting, MD and Marci Bowers, MD spoke to her and her family about her previous two surgeries. Bowers says that Jazz “has had a very difficult surgical course” over the course of the show. It hasn’t been an easy for journey for Jazz. She has shared what she’s gone through on her Instagram page.

#2018 was a rough year in my life. I experienced a major complication with my gender confirmation surgery and wound up back in the OR one week after the initial procedure. It was a tough journey, but experiences like that one only make us stronger in the end. Though it can be hard at times, a positive mindset and the support of those around you can help you conquer any challenge. Thank you to all my fans who have supported me throughout the years! Love you all, this video is for you!💕#decadechallenge

As Women’s Health reported, her journey isn’t over yet. The sneak peek ahead of Tuesday’s Season 6 premiere of I Am Jazz, the 19-year-old speaks with both of her surgeons to find out what went wrong during the surgery. She’s been preparing for what could be her third and final procedure. Jazz’s parents, Jeanette and Greg, are feeling positive that things will go smoother this time around. Bowers and Ting try to get the bottom of what went wrong.

“She had a very incredible first surgery – it went seemingly very well, but there were problems,” Bowers said. “And that prompted a second surgery, which I was not a part of, unfortunately.”

Bowers admits that Jazz’s surgery was unique. They never experienced these types of complications in previous patients. But they also don’t have the vast experience on doing gender confirmation surgeries. The doctors didn’t expect Jazz to experience such serious complications.

Jazz gets protects her mental health

As TV Shows Ace reported, Jazz experiences anxiety from the pressures of being a teenage girl. Not only does she have to worry about her third surgery, but she also has to deal with college and her ex-boyfriend coming back into her life. These have taken a toll on her mental health. On Instagram, the transgender activist wrote that she’s “been actively working every day to get better and improve my mental health.”

Season 6 of I am Jazz is finally here!❤️ As portrayed in this teaser, the past year has been extremely challenging. I have experienced some of my highest highs and lowest lows. During this upcoming season, I become more vulnerable than ever before as I deal with anxiety surrounding my personal life, social life, and advocacy. Although it continues to be difficult to cope with the hurdles life throws my way, I have been actively working every day to get better and improve my mental health. I encourage everyone to believe in yourself because nothing can stop you from being the person you want to be. Do what you can, when you can, with what you have. I love you all!💕 I hope you’re ready for the new season of #IAmJazz airing on January 28th!😊

Ever since she came out as transgender at the young age of 5, she has shared her transition journey on the TLC series and her YouTube channel. According to the American Society of Plastic Surgeons (ASPS), gender confirmation surgery provides “transgender individuals the physical appearance and functional abilities of the gender they know themselves to be.”

Highlights top three moments from ‘I Am Jazz’

Jazz took to Instagram to highlight the top three moments from the reality show. One of those moments is when her and her family took on the rugged maniac course in Season 2. Another highlight is when Jazz and Sander Jennings attended a LGBTQIA+ prom on the previous season. She will continue to document special moments from the show on her official Instagram page.

To celebrate the return of #IAmJazz I am highlighting my top three can’t miss moments from the past seasons. I am starting the countdown with the rugged maniac course our family ran together on Season 2. My family and I trained for months to conquer the course, so it was so fulfilling when we crossed the finish line as the Rainbow Runners! What are some of your top moments from the previous seasons of I am Jazz?! 🤪 Season 6 airs Tuesday at 9pm on @tlc ❤️ Be sure to tune in!

‘Bridgerton’ Renewed For Season 2: Here’s What To Expect
Did Jill Duggar Just Throw Some Shade At Jana?
‘The Bachelor’ Bri Springs May Have Scammed Instagram For A Blue Check
Candace Cameron Bure Claps Back At Latest Social Media Criticism
‘Welcome to Plathville’ Fans Are Worried Over Olivia’s Rebrand Photos