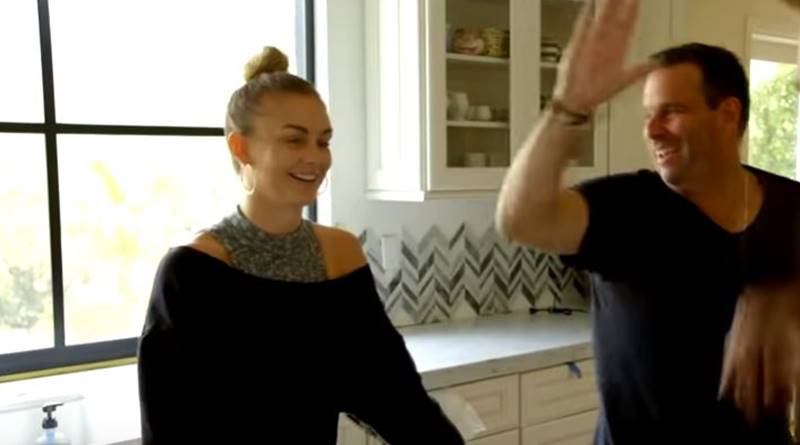 VPR fans heard from Lala Kent that she was over the moon to hear Bravo planned a Real Housewives of Salt Lake show. Back in November, she gushed about the franchise extending to her hometown. This followed loads of speculation about where the franchise would go next. After Lala expressed her joy about Salt Lake City as a choice, fans wondered if she might star in it. And, now, it looks like she and fellow co-star Katie Maloney have filmed some scenes for it.

TV Shows Ace reported about Lala’s reactions to the new show. When Andy Cohen told her about the city being chosen, she said, “I’m from Salt Lake City so this was like Christmas for me!” She also noted that Salt Lake’s not as boring as people might thing. She said, “people that were raised in Salt Lake City, Utah, are crazy. So it’s gonna make the best TV ever.” Wondering if she’d try out for it led to the conclusion that she probably wouldn’t.

Notably, Lala Kent lives in California. She’s also on the VPR show, which takes a lot of time. Plus, she travels a lot with fiance Randall Emmett. Cheatsheet noted, “For now, it looks like Kent is going to have to settle on watching the series when it premieres on Bravo.” But, they added that Lala probably would watch it as she grew up there, and it holds many childhood memories. Another star from there is Katie Maloney. But, now it looks like they may both do more than just watch it, as news emerged that they got spotted filming there.

Apparently, they filmed inside “a boutique.”

And, yes, the cameras were “rolling.” The source never mentioned who else filmed that day.

Other people who might star in the new franchise alongside VPR‘s SUR staffers might include Sara McArthur-Pierce and Angie Harrington. More names include “Lisa Barlow, Jen Shah, Heather Gay, Meredith Marks [and] Whitney Rose.” Naturally, to star on the Real Housewives franchise, it’s important to be married, or at least for the time being. Vanderpump Rules‘ Katie’s already married Tom Schwartz. And, fans wait for April to see Lala and Randall tie the knot.

At this time, it’s not at all clear whether the two stars will feature on the show permanently. Maybe they’ll just be friends of the show. What do you think? Sound off your thoughts in the comments below.

Remember to check back with TV Shows Ace often for more news about Bravo’s VPR and Real Housewives Of Salt Lake.