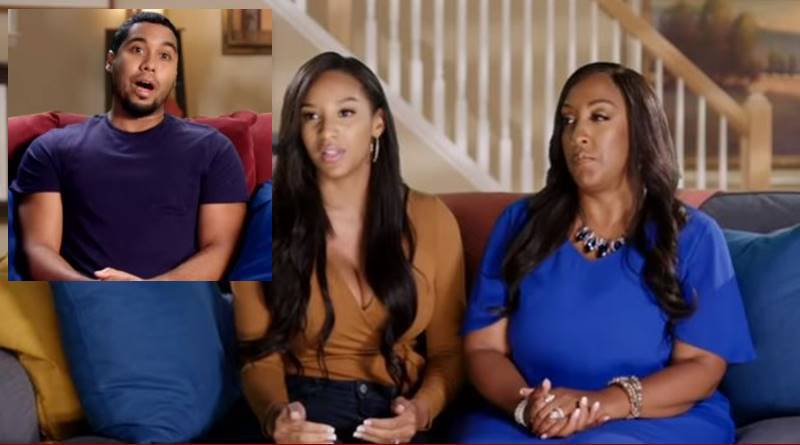 The Family Chantel stressed a lot of 90 Day Fiance fans, and now it looks like the forever feuding families make a return to TLC. The spinoff picked up a lot of criticism for showcasing a lot of bad behavior. Now, leaks suggest it’s returning and not everyone’s jumping for joy about it.

TV Shows Ace noted that the stars from the show went really quiet for a while. Then, in a bizarre celebration, Chantel celebrated graduating from nursing school. That came in mid-December. At the time, sponsored posters gave the impression that perhaps one of the world’s greatest stars managed to complete school. Critics thought it was a bit off and hoped it didn’t portend a return of the show.

Before the grand school party, we also reported that Chantel and Pedro might have split. In August last year, Chantel posted a video to TikTok and it seemed she mocked Pedro. Singing a mocking song, she used the words, “Tall,” “Dark,” and “Mama’s Boy.” Well, fans know that everyone in the family seems wired into conflict as a way of life. Most of their segments on the original 90 Day Fiance just showed them arguing. And, in The Family Chantel, they showed the entire extended family arguing. So, that TikTok post probably didn’t indicate a split.

Leaks suggest the show returns and fans of TLC most unhappy

A few rumors surfaced that the show might return. But, the @fraudedbytlc account on Instagram later confirmed the news. On their weekend post, they wrote, “You guys, I just confirmation that Family Chantel Season 2 is happening and I’m not ok. Send chocolate.” In the caption, the admin noted, “Send help! Which one of you guys is the person who watched and made them think we wanted more?”

Well, from the reactions, one could assume only a handful of people actually watched the first season of the show. But, fans should also assume that TLC won’t bring back a poorly performing show. It’s all business and money at the end of the day, after all. So, maybe many closet viewers really tuned in for their weekly dose of stressful family conflict. Many unhappy comments ended up on Instagram. But, a few people put their hands up and confessed they love The Family Chantel.

Unhappy fans react to the return of the spinoff

No news came out yet as to when the show returns. Neither does news of what fans might expect. Well, most fans probably know exactly what to expect. They more than likely bring loads of drama with never-ending hysterics where nobody ever agrees to disagree. Disgruntled fans of the franchise hate the idea of it. Here’s what a fraction of them said about a new season of The Family Chantel:

Well, it looks like a few brave souls did watch The Family Chantel, and they can’t wait for more. But, people probably will watch it even if they hate it. As one The Family Chantel fan noted, they just “can’t help themselves.” So, to refresh your memory and help you anticipate what TLC brings back to the screen, here’s an old clip for you to enjoy – or not:

What do you think? Will you watch the show? Sound off your thoughts in the comments below.