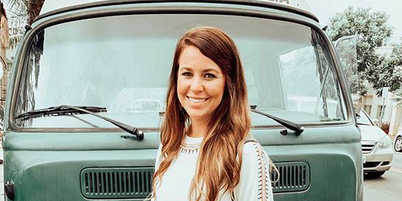 Jana Duggar seems to love soaking up all the special moments she can with her nieces and nephews. The 30-year-old has 18 brothers and sisters, so there are plenty of little ones in the family to go around.

On social media, Jana often shares posts about her nieces and nephews. Much of the family still lives in Arkansas, which means they all have an opportunity to spend time together. Now, Jana has 17 nephews and nieces.

TV Shows Ace previously gave an update on the always-growing Duggar family. At the time of this post, John-David and Abbie’s daughter, Grace, had not yet arrived.

As of right now, no new nieces or nephews are on the way for Jana. Of course, fans are eagerly awaiting an announcement. Fans think that, with such a large family, somebody has to be expecting. So far, a pregnancy has yet to be announced. When a baby is on the way, Jana will be thrilled to welcome another niece or nephew into her life. She seems to love being an aunt. On a recent post featuring her nephew Gideon, a fan commented and said, “I love your big Auntie smile 😊”

On Thursday, Jana shared a new video on social media. The video features Jana and her one-year-old nephew, Gideon. Gideon will turn two in late February. Gideon is the son of Joy and Austin Forsyth, and Joy is Jana’s sister.

In the video, Jana and Gideon are sitting beside each other at the piano. They are playing a duet together. Of course, Jana is playing a beautiful song while Gideon plays the piano how most toddlers do. He’s also laughing as he plays random keys.

Jana writes, “This kid by far is one of the cutest and has the biggest smile ever! 🥰” She added hashtags, including one that says they’re “making memories”.

Jana’s followers are loving the video and they think that Gideon is adorable. They also enjoy keeping up with Gideon as he grows on Joy’s Instagram page. She shares a lot of sweet moments with Gideon on social media.

This kid by far is one of the cutest and has the biggest smile ever! 🥰 @austinandjoyforsyth . . #music #smiles #laughter #makingmemories

Anna Duggar, Jana’s sister-in-law, wrote, “Nice duet! 🙌🏻Gideon is such a happy baby👦🏼💚” Josiah and Lauren Duggar share an Instagram account. They commented, “His little smile is so contagious ❤️“.

What do you think of the sweet video of Jana and Gideon? Do you follow Jana on social media? Leave a comment below.

For more news about the Duggar family, stay tuned.

Why Wasn’t Michael Allio Chosen As ‘The Bachelor’ 2022?
‘General Hospital’ Weekly Spoilers: Liesl Obrecht Ends Up With Drew Cain
Megan Fox Licks Kourtney Kardashian’s Cherries In A Scantily Clad Snap
Scott Disick Is No Longer Keeping Up With Any Of The Kardashians
‘BIP’ Brendan Morais Responds To Alleged NordicTrack Firing