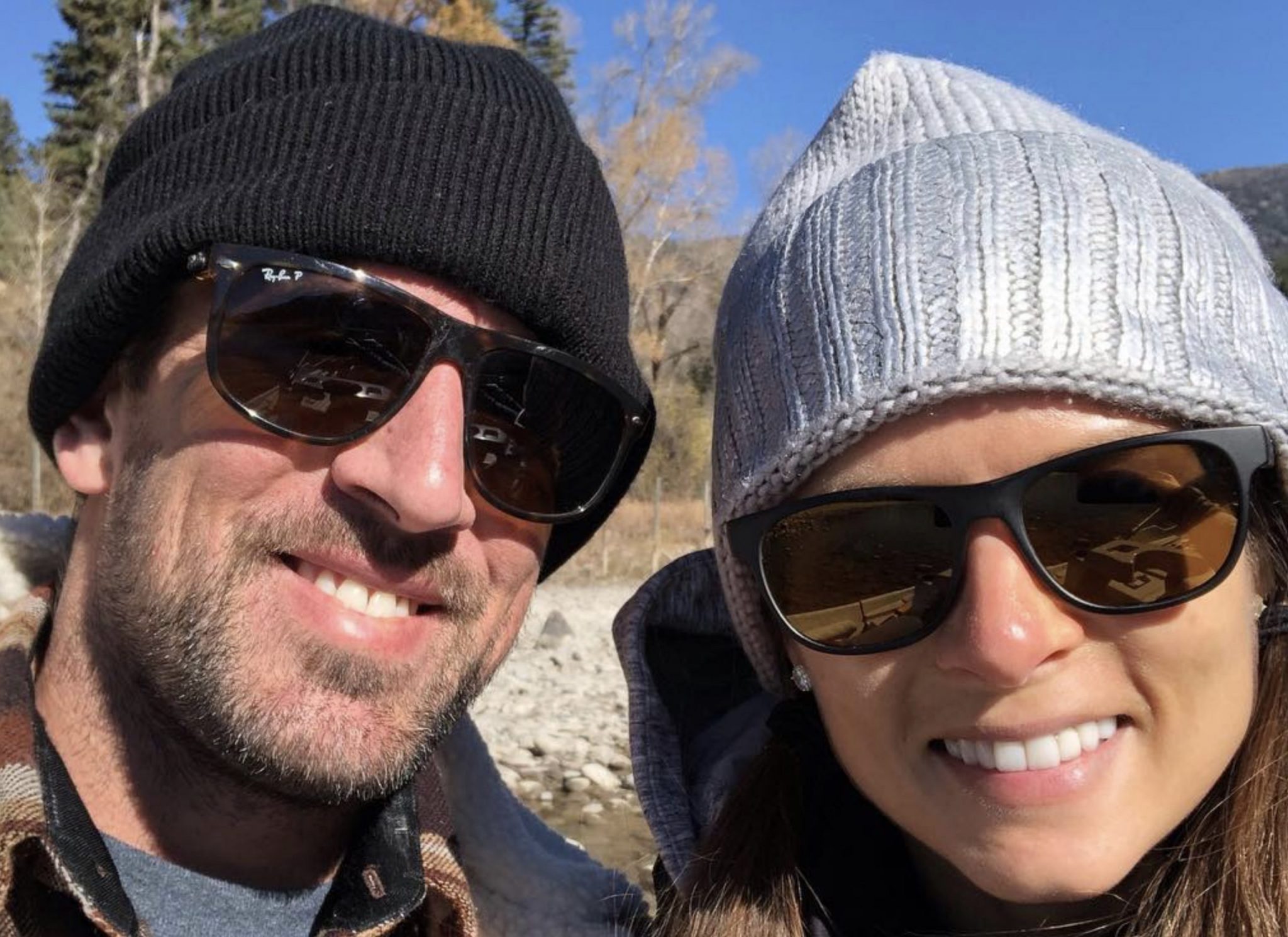 Green Bay Packers quarterback Aaron Rodgers has been estranged from his family for years. This includes his brother, Bachelorette star Jordan Rodgers. For a long time, it was insinuated that his former girlfriend, actress Olivia Munn was the reason for this family feud. But the football star’s recent comments on current girlfriend Danica Patrick’s podcast Pretty Intense indicate that what has divided this family was not the Beyond The Break actress, but religion.

What do we know about this family division?

Aaron Rodgers Explains Why He Is More ‘Spiritual’ Than ‘Religious’

Late in 2019, Super Bowl XLV champion Aaron Rodgers spoke on the Pretty Intense podcast. He discussed his views on religion and how he came to his views. Aaron explained that growing up, he dressed up and went to church every Sunday. He shared that he could only talk to certain people. Rodgers was not a fan of the rules.

Rodgers then explained how fulfilling Young Life, a Christian youth program was to him. He enjoyed helping others. But, it was in college and afterwards that he questioned his own religious teachings. He met people from other religions including the Dalai Lama and still had other feelings about his spiritual beliefs. He shared that he believes religion “can be a crutch.” Rodgers also shared that he believed that religion “makes a lot of people feel better about themselves.”

There was something that Rodgers did not feel good about. He shared his greatest concern. “I’m saved and I’m going to heaven and there’s only 144,000 of us going, even though there’s seven billion people on the planet.” And then he stated the words that may be considered the most shocking in his particular church, and to his family. “What type of loving, sensitive, omnipresent, omnipotent being wants to condemn his beautiful creation to a fiery hell at the end of all this?”

According to People, the Rodgers family are “dismayed” by Aaron’s comments on religion. The family inside told the publication that the family disagrees with Aaron on “fundamental things.” The family insider indicated that Aaron’s interview comments have taken any progress they may have made “back to square one.”

“To them, his comments are basically a slap in the face to the fundamentals of who they are. It’s basically him turning his back on everything they have taught him.”

Aaron Rodgers was such a recognizable name in and out of the football world. Yet, his family issues were not public. That is until his younger brother Jordan appeared on The Bachelorette.  Jordan had explained to JoJo Fletcher, who is now his fiancée, that they would not be seeing big brother Aaron back home in Chico, California. This was a bombshell revelation. Aaron did not speak to his family.

This news was so big that The New York Times interviewed the Rodgers family in an article titled “Aaron Rodgers Connects With His Hometown, but the Family Huddle Is Broken.” In the piece, Ed Rodgers, the patriarch of the family, shared that “Fame can change things.” He did not mention anything about religious differences.

Aaron Rodgers did not want to discuss his family at all. He did confirm that he stopped speaking to his family a few months after he started to date Olivia Munn. This is when there became a lot of speculation that she was the Yoko in this family relationship.

For a long period of time, it was insinuated that Rodgers’ former girlfriend Olivia Munn was to blame for the estrangement between Aaron and his parents. The Magic Mike star and the Super Bowl MVP dated for three years. She long endured blame for whenever things went bad on the field.

But, in May 2018, Munn spoke to Andy Cohen on his SiriusXM radio show, the Andy Cohen Live show. By this time, they had been broken up several months, According to People, she shared that she tried to encourage a reconciliation when they were dating. “I just think it’s really important to try to mend things in a family, and I encouraged that.”

Most importantly, she did not mention a religious disagreement at the core. Instead, her assessment of the estrangement was the combination of family, fame and success.

Munn elaborated to Cohen more about how she saw the situation. She didn’t think either side was “clean,” but seemed to defend her former boyfriend.

“Their work has a direct connection to what he does. At the end of the day, there are a lot of complications. I don’t think either side of the road is clean, but I do think it’s not okay when you try to stand on someone’s shoulders and then throw dirt in their face, which is what I think they did with him.”

Be sure to check back with TV Shows Ace for the latest celebrity news.

’LPBW’ Fans Swoon Over Tori & Lilah Roloff In Field Of Wildflowers
‘Zoey’s Extraordinary Playlist’ Canceled: Can It Be Saved?
Trent Johnston Explains Why He’s Tough On His Kids
‘Locke & Key’ Season 2 Netflix Release Date: What To Expect
Did Hannah Brown Get Dumped? Why Is She On ‘Celebrity Dating Game’?