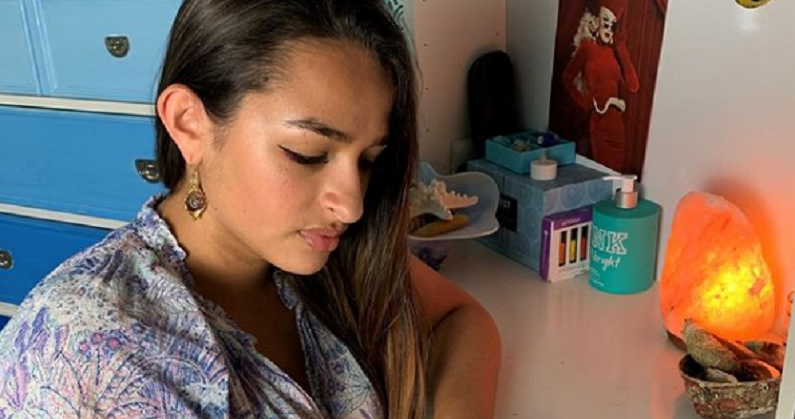 Jazz Jennings is dealing with a lot in Season 6. She undergoes gender confirmation surgery for the third time. As TV Shows Ace reported, the trans right activist also has to deal with the pressures of choosing the right college. There’s a lot on the table. And with this third surgery, there’s a lot on the line.

Even though it’s been a year and a half since she underwent her last gender confirmation surgery, it’s not over yet. Season 6 of I Am Jazz will focus on her third surgery, which she hopes will be her last.

As People reported, Jazz Jennings met with her surgeons, Dr. Jess Ting and Dr. Marci Bowers to discuss what happened with her last surgery. Her parents, Jeanette and Greg, are also hoping things will go smoothly this time around. They don’t want the same problems to happen again.

Dr. Bowers tells the cameras that the 19-year-old “has had a very difficult surgical course.” She explained that while her first surgery went well, it wasn’t without its share of problems. That’s what led to a second surgery. Dr. Bowers knew that Jennings was going to be a special case for this surgery. They never experienced this type of surgery before. And they didn’t expect it to come with complications.

Jazz Jennings is under pressure in new season

In a sneak peek for I Am Jazz Season 6, she has trouble planning a drag fundraiser to support her friend’s transition. Jennings also debates whether she should enroll in Harvard in the fall since she has to undergo a third confirmation surgery. In addition, her ex comes back to haunt her. Jennings invites him to support her during her surgery.

“Ahmir and I are not together anymore, but I wanted his support as a friend,” she explains in the preview.

But he doesn’t look happy to see her. “Are you happy you come?” she asks him in the hospital room. “Let’s just get through the day, see what happens,” her ex responds.

This season is expected to be her most intense season yet. On Instagram, Jennings called 2019 “extremely challenging.” She experiences extreme highs and lows. In her Instagram post, she revealed that she gets “vulnerable” as she struggles with anxiety concerning her life.

TLC star admits to binge eating back in 2018

As Showbiz CheatSheet reported, Jennings opened up about binge eating and how it affected every aspect of her life, including her surgeries. The National Eating Disorder Association defines binge-eating disorder “a severe, life-threatening, and treatable eating disorder characterized by recurrent episodes of eating large quantities of food (often very quickly and to the point of discomfort).”

That extra weight affected her surgery. Dr. Bowers told her to lose 30 pounds and she found it difficult to do. Jennings claims that her anxiety and depression led her to start binge eating. Thankfully, she was able to get her weight back down and move on with her surgeries.

While she admits having an eating disorder is a “challenge,” she’s thankful to have the support of her family. Since overcoming her binge-eating disorder, Jazz Jennings is learning to love her body. She eats healthier now, but she just wants to appreciate the body that she has.

Jennifer Aniston Reveals She Is Not Attending The Emmys This Year And Why
Erika Jayne Compares Herself To ‘Street Fighter’ Character Chun-Li
‘You’ Season 3: Call This Number and Get a Special Voicemail Message
Moriah Plath Reveals True Feelings About Her Inked Body
‘DOOL’ Week Ahead Spoilers: Allie Can’t Believe Her Eyes, Abby Still Salty?