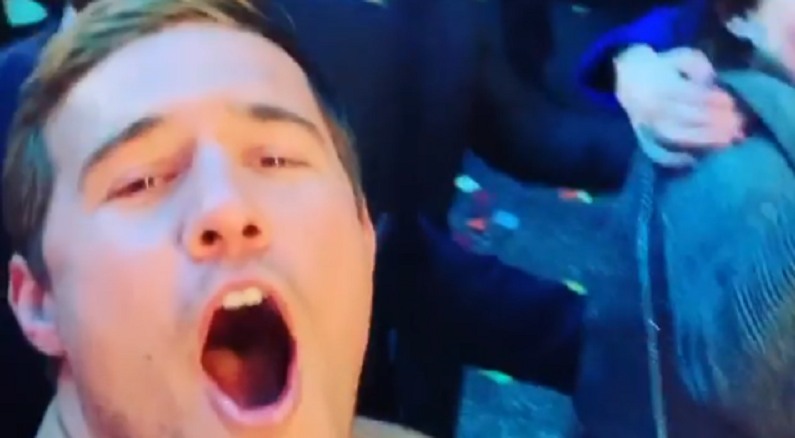 Bachelor fans were shocked to find that Peter Weber and Kelley Flanagan knew each other before. Some wondered if they were getting duped. Usually the contestants and meet the Bachelor for the very first time on the first night.

However, Peter and Kelley have met before. It was revealed that they had a brief run-in at a hotel. Kelley was attending a wedding while Peter was attending his high school reunion. The two have great chemistry and it was evidenced on the season premiere of The Bachelor.

What happened on the night Peter and Kelley met?

Fans want to know all the dirty details of their prior meeting. Apparently, Kelley made a good impression on Peter. Peter opened up about their first meeting in an interview with Yahoo Entertainment.

“We had spent an hour talking when I had met her the first time and it just felt really comfortable and easy, good chemistry, got along well,” he recalled their special night.

The night went so well that the two spent an hour talking. Peter was also happy when the producers planned a group date in the same hotel where they met. How romantic is that? But Kelley admitted that she was nervous about competing on The Bachelor.

“It’s hard not to look at that situation and think there wasn’t a major sign being sent to me like, ‘Hey, you should really do this.’ And who knows? Maybe at the end of it I’ll be engaged,” she said.

The Bachelor talks about that night he spent in the windmill

He sure has an interesting past. When the commercial airline pilot appeared on Hannah Brown’s season of The Bachelorette, the same season with the infamous windmill sex incident. In an interview with People, Weber talked about that moment with Brown, who also appeared on the season premiere of The Bachelor. Peter revealed that he doesn’t want to be defined by his former actions.

Pilot Pete wants to leave the past in the past. Since he joined up for another season on the reality series to find love, his private life won’t remain private. In that interview, Peter revealed that he wished Bachelor Nation would find something new to talk about.

“Out of respect for hopefully my future wife that I want to find, we just need to move on,” he added.

Finally moves on from Alabama Hannah

Despite all of The Bachelor promos that teased towards a possible reunion, Peter and Hannah did not get back together. He revealed that he was ready to move on to a new special woman.

“I don’t think you can completely fall out of love with someone,” he told People. “I’ve been moving on and doing my best with that and I know time will heal all wounds.”

Of course, emotions came rushing back when the two reunited on The Bachelor, as reported by TV Shows Ace. During the season premiere, the former Bachelorette came to shake things up at the mansion. Even though the two got intimate, nothing happened between them. Peter made it clear that he was ready to move on since Hannah is his biggest heartbreak, as reported by Showbiz CheatSheet.

Will he move on with Kelley Flanagan? Share your thoughts below in the comments section. Don’t forget to check back with TV Shows Ace for the latest news on The Bachelor.