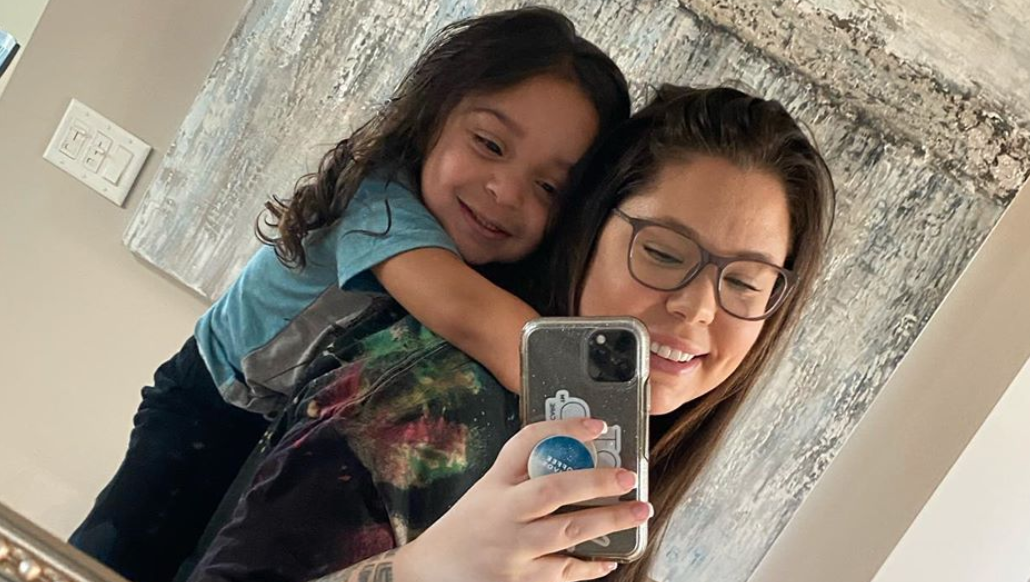 There have been rumors going around that Kailyn from Teen Mom 2 could be expecting her fourth child. Now, Briana DeJesus and Leah Messer are weighing in on what they think may be going on.

‘Teen Mom 2’ star could be pregnant…again.

There are rumors going around that Kailyn could be pregnant again. This would be her fourth child, potentially with a fourth father. If the rumors are true, there aren’t any details yet on anything. However, there are screen grabs of messages (supposedly) between Kailyn and Chris’s aunt.

In the texts, there are photos of a sonogram with a summer due date for a baby. It could totally be photoshopped, but some fans have noticed that the nails in the photo are very similar to Kailynn’s nails in a recent photo of her. The pregnancy has yet to be confirmed at all. However, it looks like Briana may be weighing in on Twitter.

According to Hollywood Life, Brianna put out a couple of tweets.

“D*mn yo! If I ever get pregnant again, I am definitely pulling a Kylie Jenner,” Briana tweeted. “Can’t nobody enjoy anything now a days. Smh.”

Kind of a weird thing to tweet out of nowhere. Fans were quick to jump on and ask her if she’s referring to herself or Kailyn. Unfortunately, she didn’t clear that up. But, she did continue the tweets saying that if she gets pregnant she isn’t telling anyone. Technically, Kailyn hasn’t actually revealed anything, so if she is pregnant, she may be trying to keep it a secret.

I am not telling a damn soul. Oh, you see my belly getter bigger? Nah, I’m just fat 😂

Leah jumps on board too

Leah Messer also made a comment about Kailynn’s supposed pregnancy. Apparenlty, she’s just as in the dark as the rest of us. She says if she was pregnant, it wouldn’t surprise her. Turns out, Kailyn has been wanting another child anyway.

“Wouldn’t surprise me. I mean, I don’t know. I know she definitely wanted a kid, another kid. Maybe she’ll have a girl if she is pregnant,” Leah said about the situation.

Leah and Kailyn usually seem to be pretty close so it seems like something she would know. Although, she could also be keeping the secret for Kailyn.

Do you think Kailyn is pregnant again? Let us know what you think in the comments. Be sure to come back to TV Shows Ace for news on all of your favorite Teen Mom 2 stars. Their lives are full of drama and you don’t want to miss it.