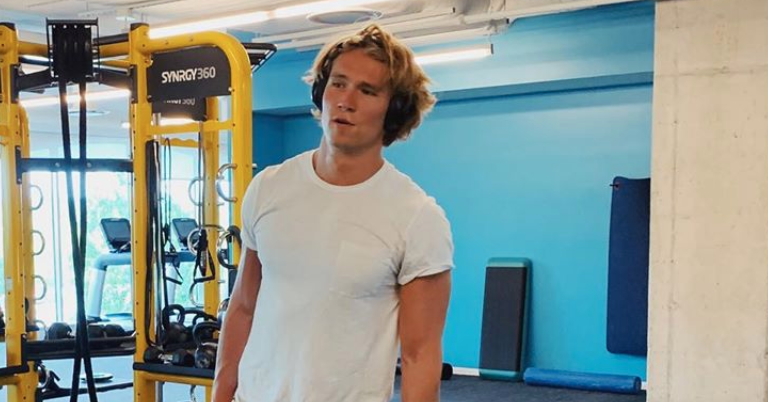 John Paul Jones (AKA JPJ) starred on The Bachelorette and then Bachelor in Paradise. The fan-favorite is now looking to expand his career to acting.

JPJ and Hannah Brown got along pretty well, however it wasn’t enough to get him to till the end. Then he went and had fun on the last season of BiP. In paradise, he fell into a relationship with Tayshia Adams. While the couple was cute, unfortunately, the relationship didn’t make it in the real world.

Now that that’s over though, things seem to be looking up. According to Us Weekly, the star has gone on to pursue acting. Then, he moved from his home state of Maryland to his new home in L.A. There, he is taking part in acting gigs.

“I have a few projects coming up that I’m really excited about. Unfortunately, I can’t disclose many details regarding the projects. One of them is a short film and the other will be on a streaming network … I’m really excited to see the outcomes of both,” JPJ revealed about his future.

Apparently, he isn’t just taking on little roles. He is actually has a pretty big part in something. He will likely have all the Bachelor Nation fans on his side when he appears on the big screen.

“It’s a substantial role. So I’m really, really excited about that. That was definitely the biggest win so far. I mean, it took me completely by surprise, so I just feel really lucky. I mean, it’s just a pure adrenaline rush. It’s work to add to the book and its work as an actor, so I’m grateful for it,” he said about the new acting jobs.

As far as dating goes, he isn’t too anxious to start anything new but will take things as they come he says. He did admit his last relationship was very public which made it harder. Now, he’s focusing on himself but is still open to anything that will come his way. Maybe his great new acting career will get him something fun.

Will you be watching JPJ as he takes on some acting jobs? Let us know what you think in the comments below. In the meantime, be sure to watch new episodes of The Bachelor every Monday night. Peter Weber’s season is already off to an exciting start and looks like it will have an exciting end as well.