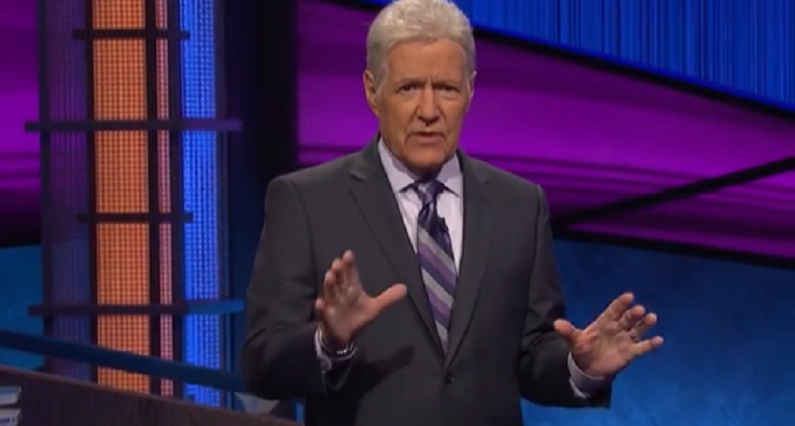 Alex Trebek already has his final Jeopardy episode in mind. But does that mean he plans on retiring soon? The iconic game show host has been making headlines for his brave cancer battle. He’s also been keeping fans updated on his health. An ABC special titled What Is Jeopardy? Alex Trebek and America’s Most Popular Quiz Show, which aired on Thursday, gave viewers a behind-the-scenes look at the long-running game show and the host, who’s been diagnosed with stage 4 pancreatic cancer.

The special revealed the details of the contestant try-outs, how clues are created, and the story behind the iconic theme song. It also teased the upcoming event called Jeopardy! The Greatest of All Time, which kicks off on Tuesday, Jan. 7 at 8 p.m. ET on ABC. The show will feature the show’s three biggest winners – Brad Rutter, James Holzhauer and Ken Jennings. The contestants will play three to seven matches in a battle for $1 million.

On last Thursday night’s special, Trebek revealed that are days when he feels strong and others where he feels off his game. He feels that he has to “stick” to his job despite his cancer battle. Back in fall, he told USA Today that he was “feeling OK” despite undergoing chemotherapy treatment. But there are times when Trebek recites his final Jeopardy moments in his head.

“What I would on that day is tell the director, ‘Time the show down to leave me 30 seconds at the end.’ That’s all I want, and I will say my goodbyes,” he said.

When it comes to choosing a new guy to fill his shows, Trebek is at a lost. He admitted that he has no say in the matter.

“I will tell people, ‘Don’t ask me who’s going to replace me, because I have no say in that whatsoever, but I’m sure that if you give them the same love and attention and respect that you’ve show me for the past 30-however-many-years, then they will be a success, and the show will continue being a success. And, until we meet again, God bless you, and goodbye.'”

Does Alex Trebek plan on retiring?

Even though he already has his Jeopardy goodbye in mind, the TV personality has no plans on retiring anytime soon. During the interview, he didn’t want to reveal when and if he plans to retire. However, it might not happen much longer due to his pancreatic cancer diagnosis. Trebek said that retiring would be a “significant moment” for him, as reported via Bustle.

But who will replace him? That’s the question on everyone’s minds these days. Retirement is inevitable. While the 79-year-old doesn’t have any desire to hand over his hosting duties, he hinted that he would have to if he could no longer host.

It’ll be hard to see someone else fill in his shoes. Ken Jennings agrees as well. That’s when Jennings revealed that Trebek is “irreplaceable.” TMZ asked him who he thought would be the perfect replacement for the longtime host. The media outlet spoke to Jennings and Brad Rutter, two of the champions in Jeopardy history.

What are your thoughts? Who could you see replacing Alex Trebek? Sound off below in the comments section.

Tom Schwartz Says He’s ‘Working’ On Two Babies
‘Bachelor In Paradise’ Cast Evacuated Due To A Tropical Storm
Jeremy And Jinger Vuolo Dragged For Using Daughters As ‘Props’
Hallmark’s ‘South Beach Love’ Based On Caridad Piñeiro Novel
J. Lo Assassin Action-Thriller ‘The Mother’ on Netflix: What We Know So Far