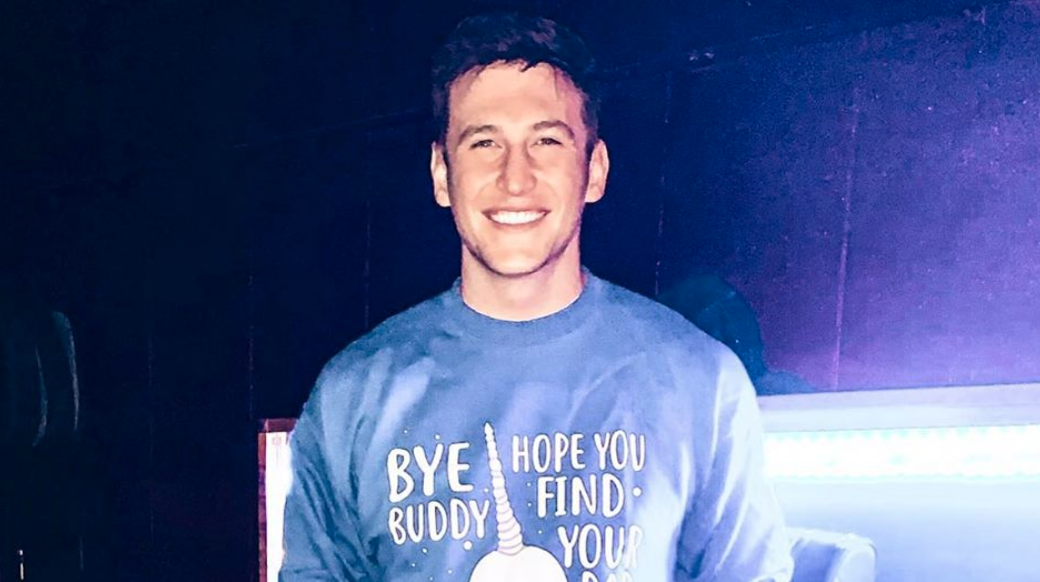 Blake Horstmann didn’t have a great 2019 and now it looks like it’s spilling into 2020. The Bachelorette alum was punched in the face and now may need surgery.

‘Bachelorette’ alum gets punched in the face

Blake Horstmann may be headed in for surgery after he was attacked in New York City. According to People, someone randomly attacked him along with four other people. Now, he has a black eye. However, it sounds like the injury goes deeper than just a mark on his face.

Blake revealed that he actually got a fracture through the incident.

“I have a fracture in my orbital floor and so I am waiting to hear if I will need surgery,” he said. “Have to let the swelling and bruising go down first.”

Whoever attacked him must have done it really hard to cause a fracture. But why did they do it? Well, that part still isn’t really known. It sounds like Blake was just in the wrong place at the wrong time and ended up getting punched pretty hard.

“Unfortunately, I was in New York, and some crazy person decided to punch a bunch of us standing there, and I was on the wrong end of one of the punches, unfortunately, me and like four other people,” Blake said. “Yeah, good start to the new year, happy new year!”

He admitted that because of the injury he probably won’t be doing a lot with The Bachelor premiere tonight. He says nobody would want to see his face, even though he claims it looks a lot better than it did just days ago.

2019 was a bumpy road. Mistakes were made and lessons learned. Never been more excited to ring in a new year…2020 is gonna be a good one #happynewyears #ihaveablackeye #newyorknewyork #byeee2019

Blake didn’t get the best rep during his time on Bachelor in Paradise after he came off as a major player. There was all the drama with whether or not he and Caelynn Miller-Keyes were a thing before coming to Paradise. Then, he released some texts she sent. It was basically a huge invasion in privacy and fans of the show were not impressed by his behavior.

Hopefully, the rest of his 2020 goes better than his 2019 and the beginning of the year went. As long as everyone stays away from Stagecoach, it should be fine.

Will you be watching the new episode of The Bachelor tonight? Let us know if you’re watching in the comments below. Be sure to come back to TV Shows Ace for news on all of your favorite Bachelor Nation stars.