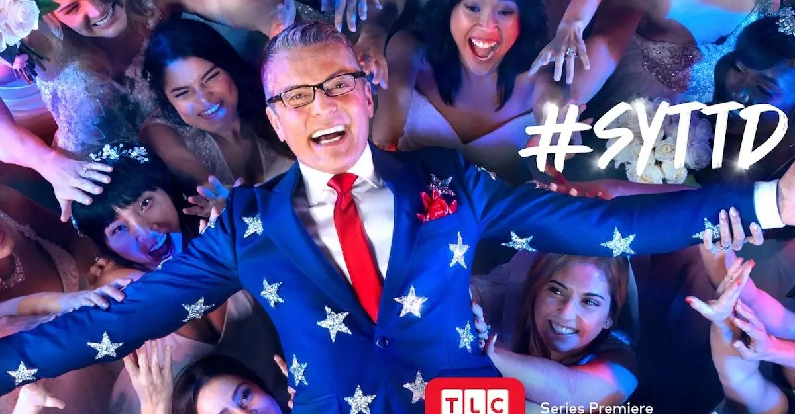 Say Yes to the Dress: America is like the original series, but on “steroids,” according to Randy Fenoli. The popular TLC series is making its return in a big way. If you love the classic Say Yes to the Dress series, then you’re sure to love to this new version. One lucky bride from each state will take part in an epic wedding ceremony officiated by the bridal expert himself.

The TLC star sat down for an exclusive interview with Parade magazine. He teased about the new series, which will include 50 diverse brides. Don’t assume it’s just another one of the many SYTTD spinoffs that are on TLC. Fenoli said that this new series is unlike anything you’ve ever seen before.

The show will feature a bride from every state, including Puerto Rico and Washington, D.C. That means a total of 52 brides will be included in the mass ceremony. But Fenoli said they wanted to keep it personal for each of the couples. He also wanted to make sure that every couple felt included. He didn’t want anyone to feel left out. However, only 10 out of the 52 participating brides will be featured on the series.

“I will be really honest with you that was one of my biggest concerns from the very beginning,” he said. “I wanted to make sure that every single couple felt like they were the only ones getting married and it was all about them.”

Is Shay still on Say Yes to the Dress?

Aside from Fenoli, it’s unclear which employees from Kleinfeld will appear on the new series, according to a report via Distractify. TLC shared a sneak peek at the first episode, which shows veteran consultants Debbie and Dianne working with some of the brides this season. Shay Yarbough will also appear in the spinoff series.

The new promo shows the sassy bridal consultant possibly losing out on a sale. TLC first posted the sneak peek to its official website. Viewers got an idea of what to expect on the show. It includes plenty of fresh faces, including a superfan named Kate, who’s from Georgia. Another lucky bride is a New Yorker named LoAles Cruz.

Couples were chosen to appear on Say to the Dress: America

Most of the couples that you will see on the new series were previously contacted about the spinoff after they applied to appear on the original Say Yes to the Dress series. Some of them were treated to an all expenses paid trip to NYC that included wedding dress shopping at Kleinfeld.

Fenoli admits that some of the couples were hard to work with. But he knew it was going to be difficult with “104 newlyweds running.” He had to prepare for such an epic series. He’s just happy that he’s helped so many brides with their dream weddings.

Say Yes to the Dress: America premieres Saturday, Jan. 5 at 8 p.m. ET on TLC. Check back with TV Shows Ace for the latest news on your favorite TLC shows.