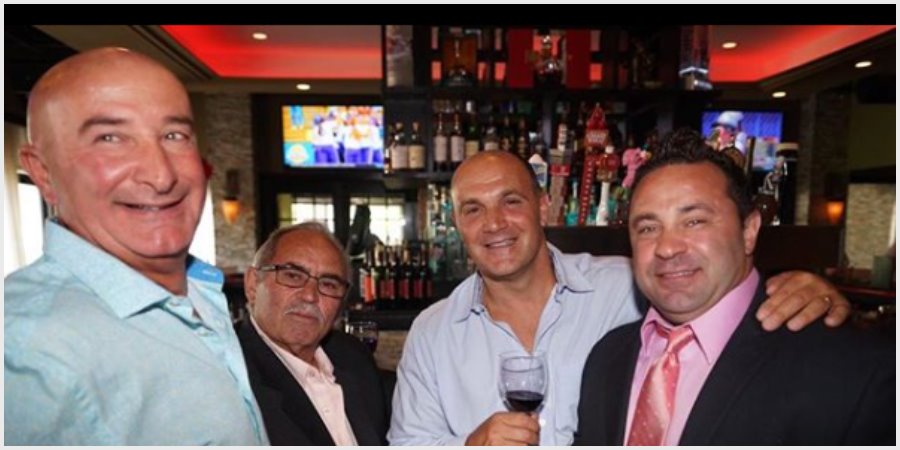 Joe Giudice has had a trying year with separating from his wife and moving to Italy. Joe, who has four children with RHONY star Teresa Giudice, opened up on his social media. He seems to have found some clarity from going through hard times.

He posted on Instagram, “I posted this message in morning but I choked up and I took it down then I thought part of regrowth is acceptance! This year, I have done a lot of self reflection I now know to be Happy and content with who I am and what I have.”

What Did Joe Giudice Promise His Girls

Separating from his wife of twenty years has given Joe some perspective. He went on to say that he learned, “all you have to do is love yourself and be the BEST! I’m letting go of 2019 with my beautiful girls but promising them the BEST of ME IN 2020!” The accompanying pictures had Joe with all his daughters; Gia, 18, Gabriella, 15, Milania, 14, and Audriana, 10. They all traveled to Italy to visit him for Christmas.

Teresa didn’t make the trip staying with her family in New Jersey. She said work obligations was the reason she didn’t go. Milania responded on Instagram telling him she loves him. Two months earlier Joe got out of jail and moved to Italy when ICE let him go.

The Couple Remain Committed To Their Children

Joe Giudice and Teresa have decided it is best for both of them if they separate. Teresa is not dating anyone but did reportedly spend time with an ex-boyfriend, Anthony Delorenzo. The former boyfriend was recently on an episode helping Teresa with her pool.

A source told People, “they discussed their future when Teresa and the girls went to Italy in early November. They agreed that each had to move on. They are doing so amicably and very slowly.” According to Hollywood Life, Teresa Giudice is excited to spend New Year’s Eve with her daughters now that they are back.

A source said she spent time with her father for Christmas. A source said, “This Christmas it was all about being with her dad who’s had a rough year with his health. She wasn’t really in a position to leave him. They had some really special and nice times together and will celebrate the new year as a big family this week.” The couple seems to be committed to keeping a cordial relationship for their children.