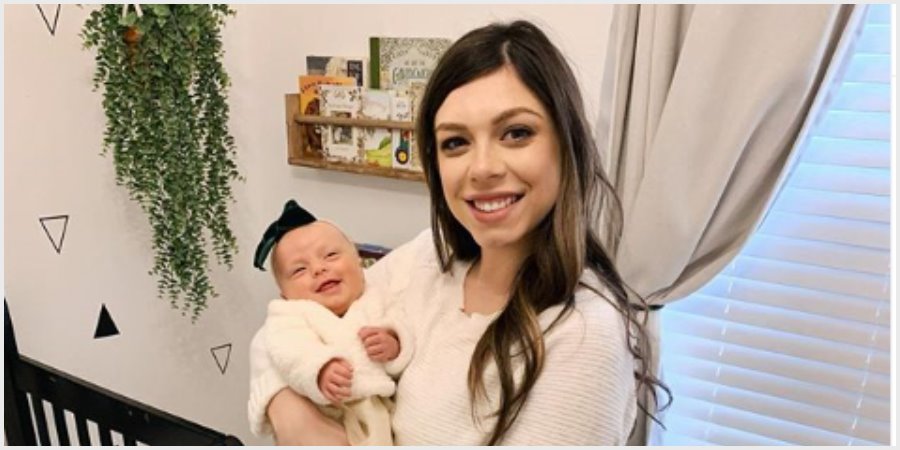 Two families, the Bates and The Duggars, have always been intertwined. They are two reality families with similar lifestyles that have a lot of history. They all insist they are friends but recently fans thought Josie Bates was throwing shade at Lauren Duggar.

Both Josie and Lauren have a large presence on Instagram. But it seems Josie might think Lauren is copying her style with some of her posts. Instagram has become a big deal for all the Duggars. Several of them now get sponsorship deals to post because of the size of their social media. It has become another way for them to let fans into their lives.

Someone is excited about Christmas being 2 sleeps away!! ✨🎄

Why Do Fans Think Lauren Duggar Is Copying Her?

Right before Christmas, Josie shared a picture of her baby Willow lying beneath a Christmas tree surrounded by gifts. Lauren commented the post was perfect. Then she posted a photo that was close to the same. Josie had Willow in a fur vest on top of a white blanket and surrounded by presents wrapped in brown. Lauren had Bella on a white blanket with a fur vest surrounded by presents wrapped in brown with festive bows. The difference was really the colors and everything else seemed the same.

A fan posted on her photo that she copied Josie. What got fans going was that Josie liked the comment seemingly cosigning the fan’s accusation. It’s clear Josie spends a lot of time on her Instagram. If you look at her whole feed every picture is carefully planned. The fact that fans feel like Lauren is copying her rubs them the wrong way. In another post Lauren appeared with a hat that looked similar to one Josie often wears.

Are The Bates And Duggars Good Friends?

The Bates were initially featured on 19 Kids and Counting before they were given their own show. Fans think they are more laid back than the Duggars according to The Cheat Sheet. The boys of each family hang out together and do activites like hunting.

Fans wonder if they are still friendly as Kelly Jo and Gil Bates have not been seen with mama and papa Duggar in a while. There was some speculation they distanced themselves after the molestation allegations against Josh Duggar.

Josie has since responded to fans comments about the post saying if she liked a comment, it was a total accident. She said, “I have nothing but love for @siandlaurenduggar.” So it seems she’s telling the world there isn’t any beef, at least between her and Lauren Duggar.