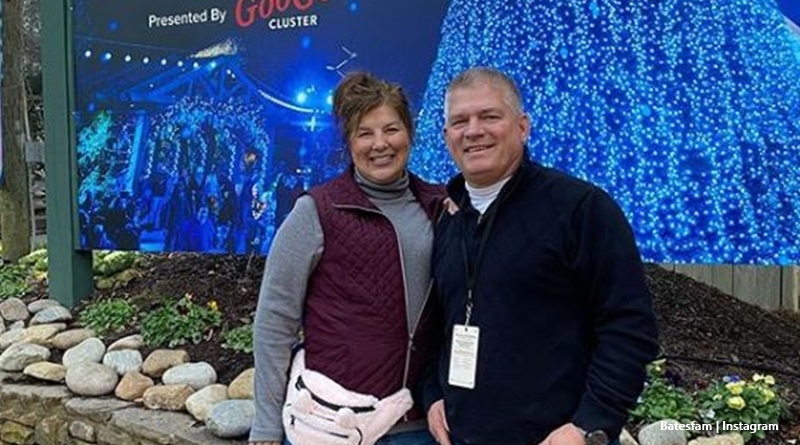 Bates family fun over the Christmas season got some fans thinking it sounded a bit exhausting. But it’s not over yet, and the Batesfam Instagram account shared more about what they’re up to. The Bates’ family’s huge, but they mean everything to each other. And, now they spent time at Dollywood enjoying the Christmas lights.

Bates family Christmas followed a birthday and an anniversary in December

TV Shows Ace reported that December’s full of celebrations for the large Bates family. Actually, they just celebrated Carlin’s birthday and the time for Gil and Kelly’s anniversary came around. Despite breaking her foot and wearing a boot, that didn’t slow her down over Christmas. In fact, Kelly Bates posted about everything that went down with shopping, sermons, feasts, and celebrations. And, some fans thought it all sounded a bit exhausting. But, family fun never seems far away in this family.

Christian Headlines reminds us that the whole point of the show, Bringing Up Bates, focuses on family and God. They noted that Carlin spoke about it. She told them in November, “We have never pretended to be a perfect family or one that has it all together.” Additionally, she noted, “We have struggles and arguments and heartbreaks, like anyone else. But my parents tried to instill that we would get through life as a team and with God’s help. They tried to make every moment count.” And, Kelly’s making sure every moment counts these holidays.

Fun at the Dollywood Christmas lights

With the gift-giving and feasting out the way, Kelly shared that they went off to Dollywood. In the pictures we see her getting about on that pesky broken foot in the boot again. Videos and photos show the Bates family enjoyed a wonderful time there. Kelly captioned it with, “Christmas lights at Dollywood…awwwww it just doesn’t get any prettier! Christmas time in the Smokies!” Well, lots of families either saw it for themselves or seriously hope that one day they get a chance to go there.

For those fans from other parts of the world, that’s unlikely. But, they enjoyed seeing the Bates family have a lot of fun. Many fans commented about Kelly happily making her way through the evening, even with that sore-looking foot. Others met them there, but others who saw them the crowd felt too shy to go up and say hello. So, they told Kelley about it on her Instagram post. But, the place really attracts loads of people. One fan noted, “We were there too!!! I hate that I didn’t actually see you, but how could I? There were 40 million people there!

Christmas lights at Dollywood…. awwwww it just doesn’t get any prettier! Christmas time in the Smokies!

What do you think about the Bates family still enjoying all the treasures of Christmas at Dollywood? Did you ever go and see the Christmas lights? Sound off your thoughts in the comment below.