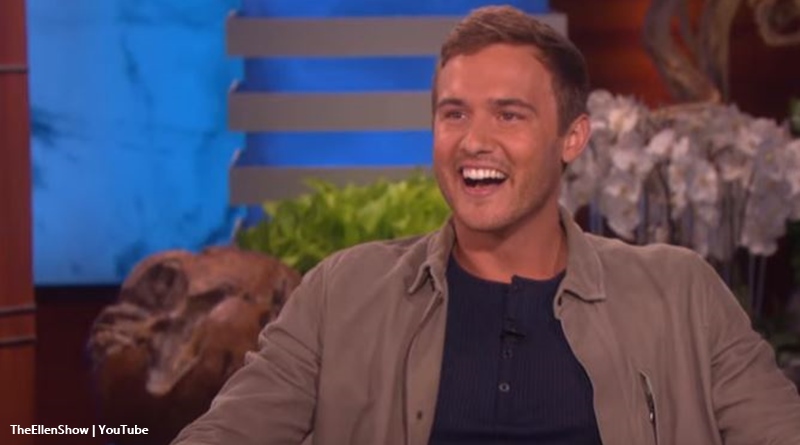 The Bachelor returns on Monday, January 6, 2020, with Peter Weber (aka Pilot Pete). The former The Bachelorette star did well with Hannah on her show. In fact, he ended up near the top of her contestants. Hannah really put it out that she could enjoy lively intimacy moments with the men on the show. And, Peter scored plenty of times. We know they entertained each other at least four times in the windmill. But now, Peter’s aiming higher than that with his own contestants.

Fans couldn’t help but notice the reference to the windmill on the promo for his season of the ABC show. Forever known in Bachelor Nation history, he’s irrevocably connected with windmills. Hannah noted the windmill as well. TV Shows Ace reported that Hannah said to Fox News, “It was a memorable moment, I think, for everyone,” she stated. “So, they had to put it in the promo.'” And, we speculated that we’ll probably see at least one contestant “dressed as a windmill coming out of that limo on the first night.'”

The preview for The Bachelor 2020 shows the windmill, and there’s a play on words in their Twitter post. Peter emerges from the now-famous windmill with a rose. The promo on Twitter said, ” He’s not your run of the mill type of guy.” That certainly hints that other scenarios might arise. They show a plane in the sky, while a song plays. Even the words to that song suggest romance in the air. And it looks like this time, Peter’s aiming to top the windmill with a “mile-high club.”

He's not your run of the mill type of guy. #TheBachelor pic.twitter.com/zlJcBVAYgS

ET Online reported that Peter hinted the contestants get introduced to the mile-high club. If you do not already know, the club’s exclusive to people who engage in intercourse high in the sky. They even have a website, where they explain, “The term “Mile High Club” refers to two people engaging in [intimate] activity at an altitude of no less than 5,280 ft, (a mile high above the earth) in an airplane.”

Speaking to Peter Weber, The Bachelor lead said to ET, “I think we try to introduce some ladies to a new club…I do know how to fly jets, and it’s a very prestigious club, so who knows?” Well, there’s a massive hint for you to expect some hi-jinks in the air. But, Peter notes that he’s “careful.” He always takes precautions, so hopefully, no unwanted pregnancies arise from his shenanigans.

What do you think about Peter hinting at the “Mile-High” intimacy scenes? Do you think that will top Hannah B’s windmill? Sound off your thoughts in the comments below.