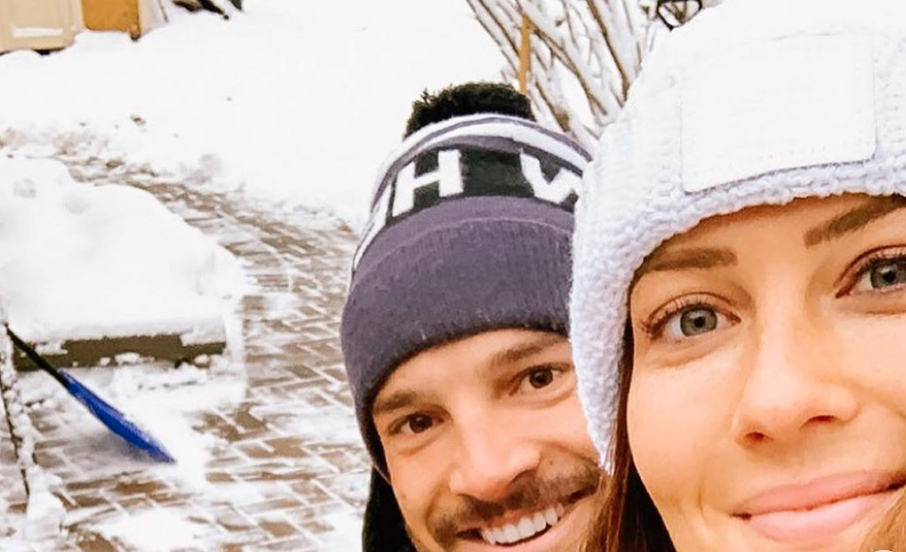 Becca Kufrin may have won Arie Luyendyke Jr.’s heart during his season of The Bachelor, but it certainly didn’t stay that way. Now, Becca is talking about Arie going on Bachelor Winter Games and is calling him out big time.

When Bachelor Winter Games first aired, it was a pretty big deal. It was right after Arie’s season ended. The former Bachelor got to star on the show to “judge a kissing contest.” According to Arie though, that’s not really what he was doing.

Yahoo! revealed that he was actually there to check in with producers to see how his runner up, Lauren, was doing he said on an episode of the Bachelor Happy Hour podcast. Becca, his former fiance, was later on an episode of Sip or Spill though and she says that simply isn’t true. In no way did she keep Arie from reaching out to Lauren when he felt so guilty.

“To me, it’s such BS, because when we were together, I knew he felt bad about how things ended. He felt guilty, which I get, because it’s a very weird situation. But I was always like, ‘You can go call her and apologize and get that off your chest,'” Becca said. “It was never something where I was like, ‘You can’t do that.’ So, to me, it was weird in that regard.”

It definitely seems weird that he would reveal that now. Especially if Becca was fine with him having contact with Lauren. Why would he need to hide that?’ Other than the fact that he was clearly in love with someone else.

Daydreaming about baked mac n cheese . . . Huge thanks to the amazing @danielleemilie for giving my locks some much needed TLC. She’s not only an artist with hair, but also is a profesh at finding the best light and iPhone photography 😉 Feelin my dark side

That’s not all Becca talked about though. She made it pretty clear that she is glad her relationship with Arie is over. Apparently, there was even more drama she didn’t even know was going on.

It turns out, since all that drama went down, she hasn’t actually really been in contact with her ex-fiance or his new wife. She says she’s happy with how her life has gone and hopes that there is no “bad blood” between the four of them.

“I think it’d be fine for me [to see her],” she says. “At this point, they’re happy, I’m very happy with [my fiance] Garrett that I don’t think there’s any — hopefully there’s no bad blood there, but I don’t know.”

Were you on Arie’s side or Becca’s side during the big breakup? Let us know in the comments below. Be sure to watch Peter Weber’s season of The Bachelor when it airs on January 6.