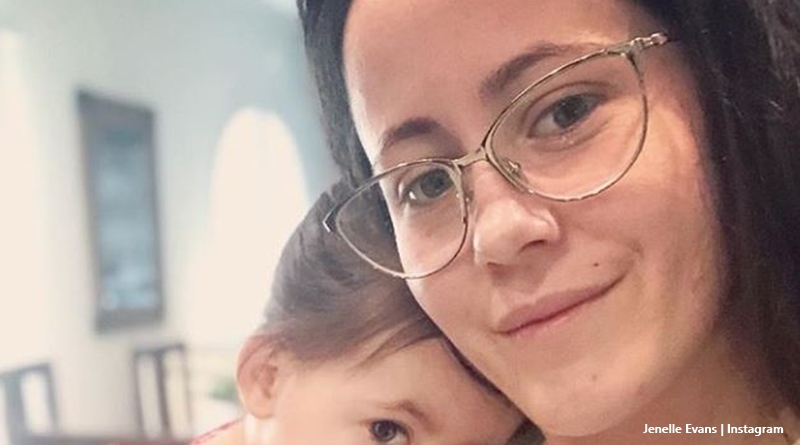 Teen Mom 2 fans know that Jenelle Evans flew into New York and spoke to MTV execs. It looks like she may return to the network. Then, she filed for divorce from David Eason, got a court order against him, and lives in Tennessee. Now, she claims that she’s super-happy in her new life.

TV Shows Ace reported in October, that when Jenelle went to New York, she “took along her lawyer.” While we don’t know for sure what was said between her lawyer and MTV, it’s likely that influenced her decision to leave David. Also, we don’t know if she will return to Teen Mom 2 itself. But, fan opinions and rumors suggest something’s cooking.

Popculture reported that “speculation of her return to Teen Mom 2 ramps up.” And that might have something to do with happened when David Eason killed Jenelle’s dog Nugget. On Twitter, Jenelle mentioned her “support network.” Recall when David first killed Nugget, The Ashley’s Reality Roundup noted, “The Ashley’s behind-the-scenes sources confirm that several members of the ‘Teen Mom 2’ production team…reached out to Jenelle and offered her help.” But then they cut all ties with her. She decided stubbornly to return to “The Land” and David after she left briefly.

MTV made it clear their concern for Jenelle extended to her, rather than David. At the time, spurning their help, she chose to remain with David. But, possibly, they support her now. If she’s with MTV in the future, they no doubt try and help her look after herself a bit better these days. Jenelle talked about her happiness on Twitter on Monday night.

The Teen Mom 2 alum posted, “I just want to tell everyone, I am sooooo happy with life right now. Everything is perfect 🥰 My support system is so big now, it’s crazy.” Well, she could talk about returning and loyal fans and cast members who care. She could even include her mom Barbs in that statement. But it’s quite possible she also means the production team at MTV. It seems the issue MTV had was with the killing by David, and the fact that she remained with him afterward. They could not condone that.

I just want to tell everyone, I am sooooo happy with life right now. Everything is perfect 🥰 My support system is so big now, it’s crazy.

Fans love that Jenelle’s happy. But, critics still slam her. One noted, “You also said you were sooooo happy, after dude killed your dog, smashed your shoulder, and locked your kid in a car.”

What do you think about the possibility that Jenelle Evans might be getting a lot of support from the producers at MTV? While you may think she’s nothing but a liability, rumors run rife that they value her on the network as she drives up the ratings. If she re-signed with them, that could explain why she’s super-happy right now. Sound off your thoughts in the comments below.