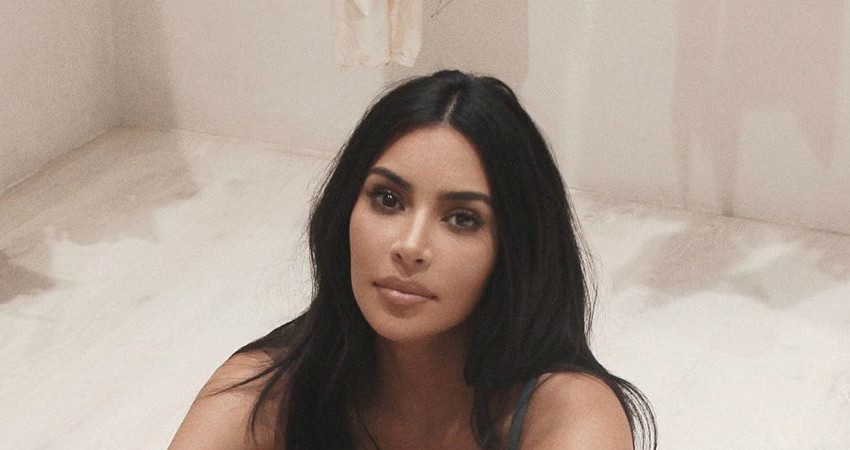 Keeping Up With The Kardashians has been gracing television screens since 2007. The family’s Christmas card is something fans look forward to more than the Vogue September issue. Breaking tradition this year, Kim Kardashian chose to feature her own small family. Her husband, rapper Kanye West, and their four children put on sweatpants and sat beside Kim for the holiday card.

Eagle-eyed fans immediately called out the KUWTK star for seemingly photoshopping one of the couple’s children. TV Shows Ace reports that fans likened it to the family’s Halloween photo that blatantly inserted baby Chicago into the photo after the fact. Now, Kim admitted to photoshopping another child and explains why.

During a recent appearance on The Ellen DeGeneres Show, Kim openly admitted to the photo gaffe after fans called her out.

Moms everywhere nodded with Kim in solidarity when she said how difficult it is to get all her kids to smile at the same time. The reality star turned makeup mogul said, “It’s the most anxiety to get four kids together smiling in a room.”

Us Weekly reports that North, 6, was especially uncooperative the day of the shoot.

“North was having a day. She refused to be in the shoot. She was crying because she wanted her specific hairstyle, whatever, so I said, ‘Fine, you’re not going to be in the card. That’s the decision.’”

The next morning, the KUWTK star’s daughter changed her mind. She wanted to be included in the photo after all. Kim told Ellen DeGeneres, “Thank God the photographer was still in town.” Ellen jokingly retorted that she would have left her out of the photo, which is why she doesn’t have kids.

As the Kardashian-Jenner branch off into their own mini families, scheduling a joint holiday card is too much of a hassle. According to Kim, everyone but mom Kris agrees that the joint card is too much work.

“I couldn’t wrangle everybody and was like, ‘This isn’t my job. I’m not gonna sit here and try to get everyone to do a card. I’m gonna do one with my kids, my husband and my family.’ And even that … was a lot.”

Many of Kim’s KUWTK siblings have children of their own to wrangle. Sisters Khloé and Kourtney Kardashian, Kylie Jenner, and brother Rob Kardashian, all have kids.

In fact, the one sibling without kids, KUWTK star Kendall Jenner, recently ranked her family from best parent-to-worst while appearing on a late-night talk show. Surprisingly, Kendall ranked Rob as the best parent and Kourtney as the worst.

KUTWK’s Kim told Ellen that Kourtney wasn’t happy about where she was in the ranking. As fans know, Kourtney has said she would be a stay-at-home mom to her three children. Kim calls out Kendall for even answering the question at all.

“I completely understood that Kourtney was sensitive about that because she’s an amazing parent, so Kendall just should’ve drank or eaten a tarantula. Whatever she had to do.”

Page Six notes that Kim chose to protect her family’s secrets and fill her gut with something nastier than thousand-year-old eggnog.

“I mean, I covered up for Khloé and Kylie when they asked me on Corden if they were pregnant. I drank, like, bird sperm or something, you know? It’s like, you gotta take one for the family team.”

Keeping Up With The Kardashians just finished its 17th season on E! Network. Another season has yet to be confirmed. Kourtney is reportedly ready to quit the show after feuding with her sisters all season.