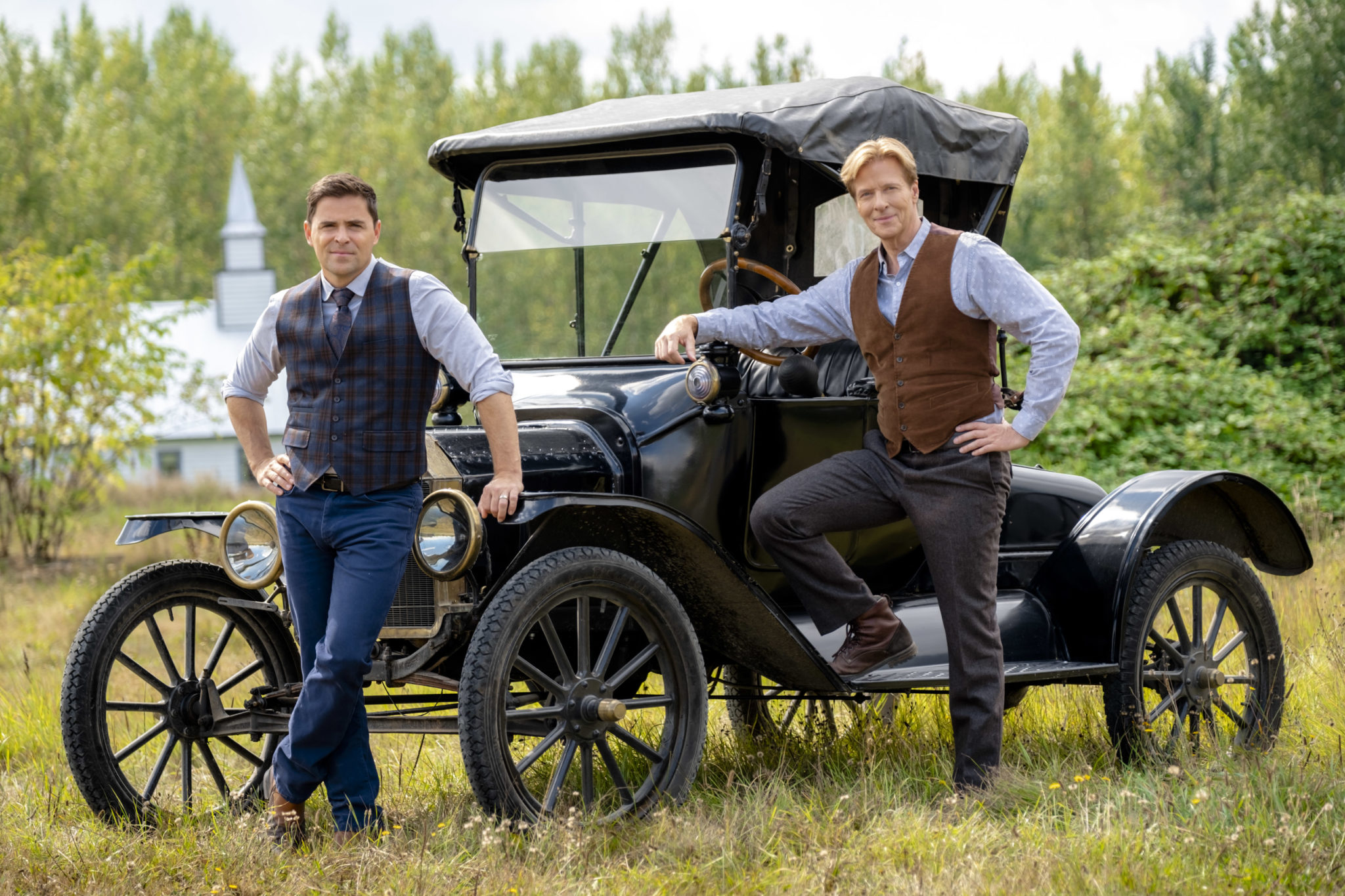 The stars of When Calls The Heart want everyone to know love is love. The members of the cast are sharing symbolic selfies, in what appears to be in support of Hallmark’s decision to continue to air a commercial of a same sex couple. The reversal of a decision to ban a Zola commercial that featured two women kissing, then reversing that decision, has earned the praise of the actors who grace Hallmark’s movies.

The cast of When Calls The Heart have made an united effort to share the message of love. Those who checked their Instagram feed on Monday will have seens a united front, starting with Erin Krakow. She posted an Instagram selfie, using her hands to shape a heart, right in front of her face. The caption simply reads “Love for all.”

This is clearly no coincidence. This is clearly a support for Hallmark’s decision to air the Zola commercial with two women kissing and the promise to work with GLAAD to better represent the LGBTQ groups in future endeavors.

Hallmark Banned The Controversial Commercial, Then Reversed Their Decision

Less than 24-hours later, TV Shows Ace reported on Hallmark’s reversal of that decision. Hallmark shared a statement that explained how “agonizing” the decision was, and they quickly saw “the hurt it has unintentionally caused.” They admitted that removing these ads “was the wrong decision.”

Mike Perry, President & CEO of Hallmark Cards issued a public apology on behalf of the Crown Media Family Networks. His statement began with a heartfelt apology: “We are truly sorry for the hurt and disappointment this has caused.”

Crown Media Family Networks apologizes for the decision to remove an ad featuring a same-sex couple. "We are truly sorry for the hurt and disappointment this has caused," said Mike Perry President & CEO, Hallmark Cards Inc. Follow the link to view his full statement.

Other Hallmark Stars Thanks Network For Reversal

On Instagram, some stars like Danica McKellar liked the post. Other Hallmark stars commented under Crown Media’s post sharing their announcement to reverse this decision. Fuller House and Hallmark star, Jodie Sweetin wrote: “This is wonderful news! ❤️ I could not be more proud of this decision! Thank you!!”

Autumn Reeser, who is a perennial Hallmark star wrote: “❤️ Thank you. Love is love and it’s all beautiful!!!❤️”

On Sunday, before Hallmark had reversed their decision, Crystal Lowe posted on her own Instagram account: “Love..is…love…is…love ❤️ I want everyone in the LGBT community to know that I love and support you. I stand with you.” Then, in the Crown Media Insta post, she commented Crystal Lowe wrote: “❤️so proud of you guys. Thank you. Love is love.”

Love..is…love…is…love ❤️ I want everyone in the LGBT community to know that I love and support you. I stand with you.

Going forward, it may be interesting to see if Hallmark will diversify in their choice of storylines. In the past, there have been very few movies that included a gay character. For example, in A Bride For Christmas, the lead’s sister was gay, but her dates occurred off screen. There were only a couple of references to this character being gay. Could this mean that in 2020, there could be the first Hallmark stories that include LGBTQ couples dating? Right now, the When Calls The Heart cast wants to share: “Love for all.”

Be sure to check back with TV Shows Ace for the latest Hallmark news and continued coverage on Countdown to Christmas.