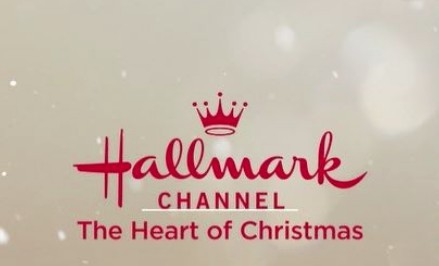 The Hallmark Channel has had more drama this weekend than in any of their holiday movies. A Zola commercial featuring two women kissing aired over the weekend.

The conservative group One Million Moms put pressure on the network to remove it from rotation.

Zola is a wedding planning website. The ad was one of six ads the company planned to air on the channel.

The social media backlash was swift and brutal. The One Million Moms group  has nothing on Twitter. Many people pointed out that OMM only has 96,933 followers on their Facebook page.

Celebrities and regular folk united to express their outrage. Even streaming giant Netflix weighed in on the topic. The company shared a promo of their Christmas movies that do feature lesbian couples.

The Wrap reports that Hallmark quickly saw that homophobia has no place in 2019.

Hallmark Channel Reverses Decision, Apologizes For the “Hurt and Disappointment” They Caused

Less than 24-hours after the hashtag began trending on Twitter, Hallmark realized they were wrong. The company released a statement about their “agonizing” decision.

“Earlier this week, a decision was made at Crown Media Family Networks to remove commercials featuring a same-sex couple. The Crown Media team has been agonizing over this decision as we’ve seen the hurt it has unintentionally caused. Said simply, they believe this was the wrong decision.”

The apology went on to tout the company’s commitment to diversity and inclusion.

“Hallmark is, and always has been, committed to diversity and inclusion – both in our workplace as well as the products and experiences we create. It is never Hallmark’s intention to be divisive or generate controversy. “

Crown Media Family Networks apologizes for the decision to remove an ad featuring a same-sex couple. "We are truly sorry for the hurt and disappointment this has caused," said Mike Perry President & CEO, Hallmark Cards Inc. Follow the link to view his full statement.

Ironically, their original reasoning for pulling the ad was to avoid fuss.

The Network Plans to ‘Reinstate’ the Ads, Zola Has Yet to Respond to Reversal

Zola’s response to the issue was direct. The wedding site railed against Hallmark’s decision. Zola then pulled all six of the ads from the channel.

Furthermore, they sent out a one-sentence tweet that summed up their feelings on the entire situation.

“All kisses, couples and marriages are equal celebrations of love.”

All kisses, couples and marriages are equal celebrations of love. https://t.co/vuK1Fjz4Ho

“The Hallmark Channel will be reaching out to Zola to reestablish our partnership and reinstate the commercials.”

When Hallmark originally removed the commercial, the Facebook page of the conservative group celebrated. However, things took a more toned-down approach once Hallmark reversed their decision.

The post didn’t say anything directly about the controversy. However, many people trolled the group by posting gifs of LGBTQ couples kissing.